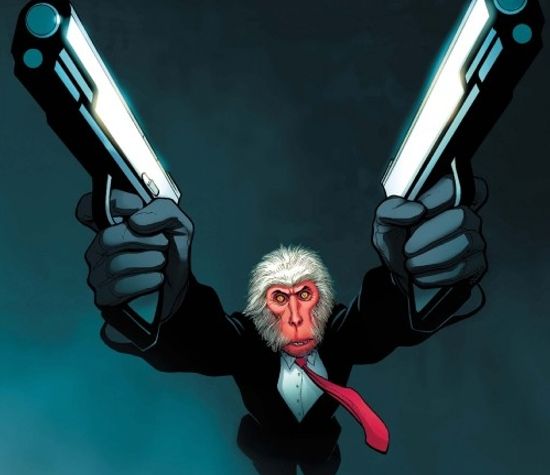 During “The Asset” episode of Agents Of S.H.I.E.L.D., Agent Leo Fitz made a rather unusual suggestion, which actually could be an Easter Egg for the future introduction of another Marvel Comics character on the show. When the agents were brainstorming ways to get inside Quinn’s compound in Malta, Fitz suggested, “If we had a monkey we could get in. If we had a small monkey he could slip through the censors and disable the fence’s power source with his adorable little hands.”

After his suggestion, Agent Jemma Simmons exclaims, “Oh, Fitz,” as if the monkey suggestion is something he’s pushed in the past. Agent Coulson and the others seem to ignore Fitz’s suggestion, which seemed really out of place in the rest of the conversation. While it’s entirely possible that the line was just a throwaway line for comedy relief, Joss Whedon and his writing team rarely do anything without a purpose.

The whole monkey comment by Fitz was kind of odd and stood out in the episode, so there is a strong possibility it’s a tease for something that is going to happen in a future episode.  It’s possible Agents Of S.H.I.E.L.D. might introduce a completely new monkey character, but if they went the Hit Monkey route it would be a great nod to fans and a great way to sneak another Marvel Comics character into the series.

Is Agents Of S.H.I.E.L.D. Teasing The Introduction Of Hit Monkey?