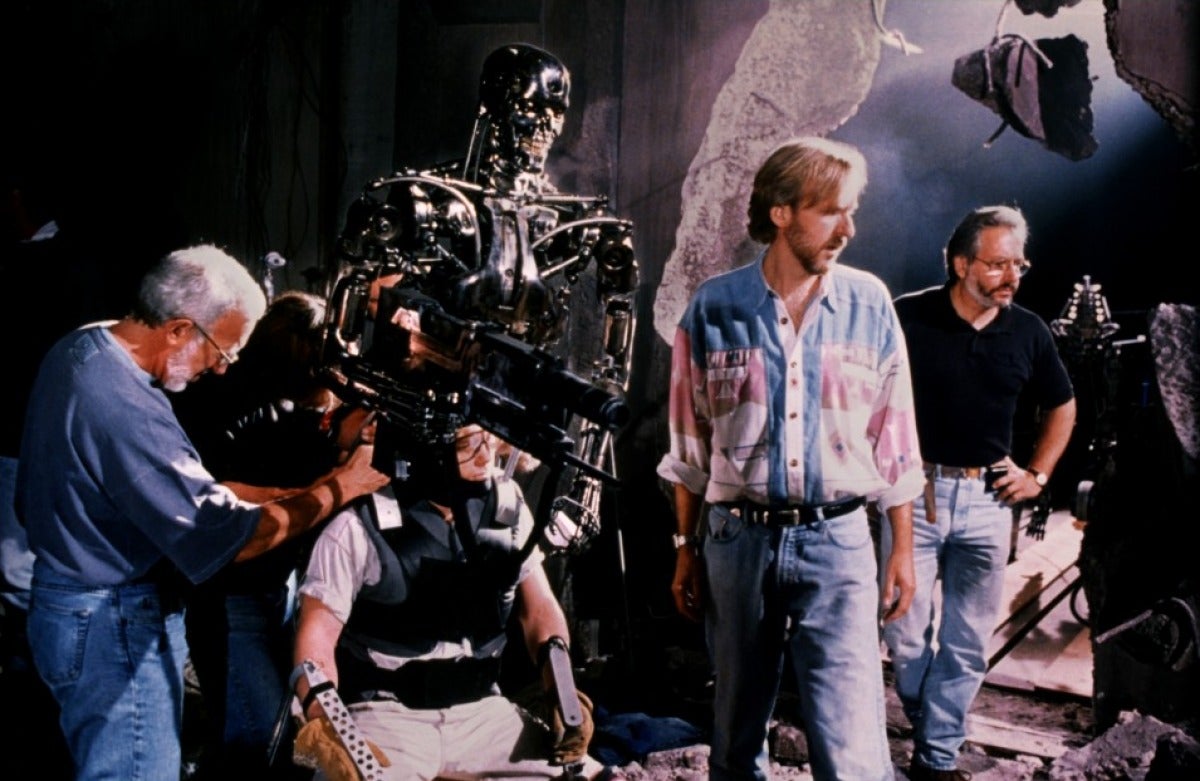 While he's spending the next several years on Pandora, James Cameron could see himself eventually returning to the Terminator series.

But the famed director wouldn't just helm any old sequel. Speaking with Empire Magazine, Cameron said that he'd be up for an entire franchise reboot when he regains the rights to Terminator in 2019.

"I've got plenty of time to think about it," Cameron said. "It might be fun to completely re-invent the franchise."

A 21st-century shake-up of the franchise that made him the blockbuster director he is today? It better be in IMAX 3D. But before Cameron even gets that option, he still has to wait half of a decade. Within that time, three separate Terminator films will hit theaters. The next entry, Terminator: Genisys, opens next july with a starring role from Schwarzenegger himself.

By 2019, Cameron conceded to the magazine, "people may have Terminator fatigue."

But if Cameron were to direct, it's likely that fandom could rally for one more film.