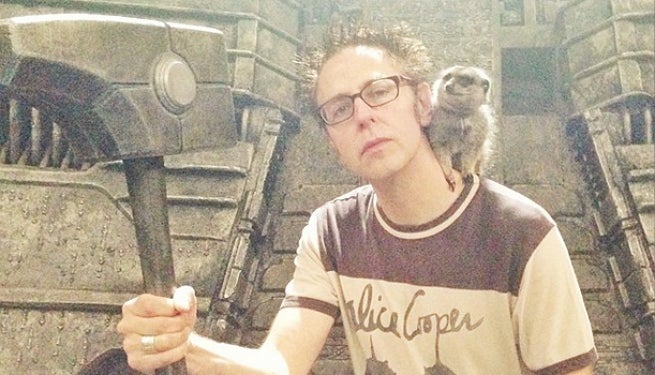 Here's what the director had to say about the event, which is being organized now that digital availability means fans can legally download the film:

So over the past couple days I've been trying to set up a Facebookl-Guardians of the Galaxy event, where, in the next week or so, we can all start our legally downloaded (ahem) digital copies of the film at the same time, and on a FB thread on my page I'll give commentary and answer as many questions as I can. In discussing with the FB folks, I have been persuaded that by combining this page with the various James Gunn "like" pages out there I will have greater control and connectivity with all of you. Which means this page will probably be changing into a "like" page in the near future, and your friendship or follow will transform into a "like."

In the post, embedded below, Gunn expresses a reservation about doing so, but says that since he's committing to the idea, he wanted to give fans a heads-up so they could go back and find anything on his Facebook page that they might want to save, since apparently his old posts and comments will be wiped out in the course of the process.

Guardians of the Galaxy is due on Blu-ray and DVD December 9. It's available right now on streaming and digital video on demand services.