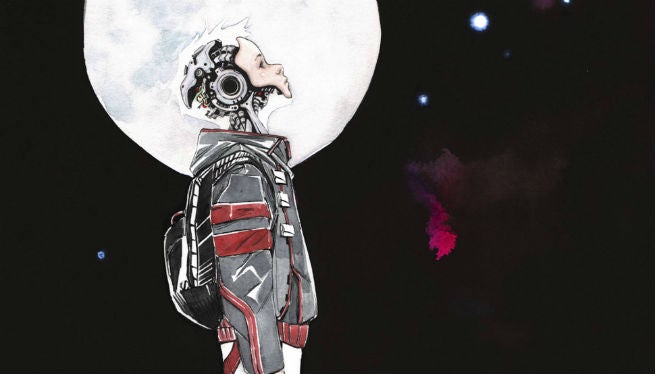 “It was a competitive situation for Descender, and we are thrilled that it ended with Sony Pictures acquiring the series,” said Lemire and Nguyen. “We know that their film translation will do justice to the original comics, and we are thrilled with their belief in the franchise potential.”

The series centers on one young robot’s struggle to stay alive in a universe where all androids have been outlawed and bounty hunters lurk on every planet.

Described as "A rip-roaring and heart-felt cosmic odyssey, Descender pits humanity against machine, and world against world, to create a sprawling space opera.

The announcement for the movie describes it as being about a little boy looking for home in a universe that hates and fears him. The incredibly lifelike artificial boy, TIM-21, may hold the secrets deep in his machine DNA to the origin of robots that have decimated entire planets. As a result, he is the most-wanted robot in the universe. Before long the entire galaxy is looking for TIM-21 and his rag-tag group of unlikely companions, as they make their way from one exotic planet to the next with new foes advancing on them at every turn.

Lemire who got his start in critically-acclaimed creator-owned comics, has more recently worked with mainstream publishers like DC and Valiant. Nguyen is likely best known for his work on Li'l Gotham.