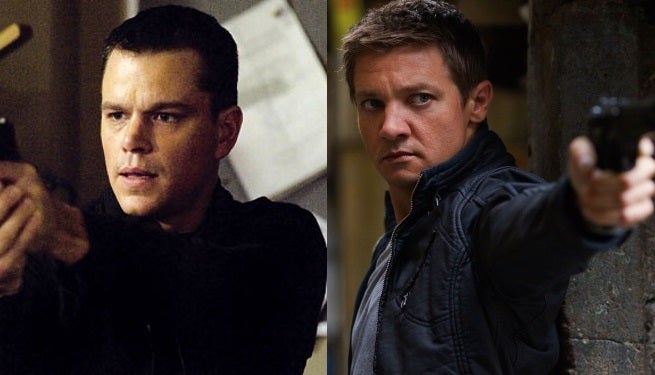 Matt Damon was recently announced as returning to the Bourne franchise that he originally starred in. When Damon left the franchise, Jeremy Renner was cast as a new protagonist, Aaron Cross, in The Bourne Legacy. Renner tells Access Hollywood that he hopes to get to share the screen with Damon in a future Bourne film.

That’s my hope. That’s my dream. I know there’s probably other people who think that as well. What will happen? I do not know. The last I heard was that Paul [Greengrass] and Matt had sort of cracked and idea, a reason to sort of continue the Bourne series. We’re still working on the Aaron Cross sort of section of that, and the worlds definitely, hopefully collide and they’re still a part of each other. I think that it makes it really exciting. I think even Universal is sort of like, ‘this is fantastic news,’ because now it’s kind of the Marvel model, where they can have two standalones and then come back and meet each other.

Renner is returning to his role in the next Bourne film, The Bourne Betrayal. Naturally, rumors have circulated that Jason Bourne will make an appearance in the film, but this has not been confirmed by anyone involved with the project.