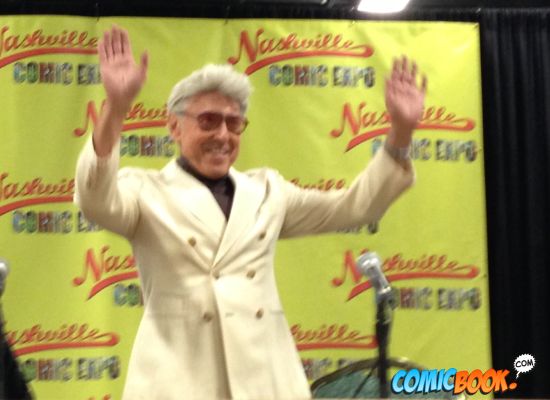 Jim Steranko, the Marvel Comics legend who wrote many of the best-known and best-loved stories featuring Nick Fury and S.H.I.E.L.D., is finally starting to warm up to Marvel's Agents of S.H.I.E.L.D.

"Not to suggest Agents of S.H.I.E.L.D. is breaking down my entertainment standards or even my level of tolerance," the writer said in his weekly column at The Hollywood Reporter. "But we may be discovering a compromise between what I imagined the series could be and what I'll settle for."

Steranko--who raised fanboy hackles last month by suggesting that the Joss Whedon-directed pilot failed to live up to the promise of the premise--is beginning to make peace with the show, saying that it's found a solid, if a bit predictable, formula.

"The sometimes-manic, sometimes-plodding quality of the previous eps has settled into a pragmatic, if sometimes predictable comfort zone," he wrote, particularly comparing Clark Gregg's Agent Phil Coulson to The Man From U.N.C.L.E.

The Last of Us PS5 Remake Report Met With Backlash