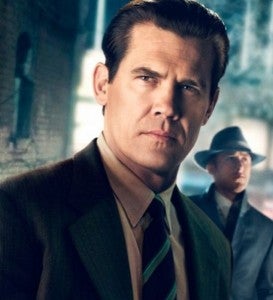 Josh Brolin recently confirmed rumors that he was up for the role of Batman in the upcoming Batman Vs. Superman movie. And even though he admits to being interested in the idea of the role, he appears to be at peace with not landing the role, so much so that he is actively defending Ben Affleck against the Internet backlash.

In a new interview with MTV, Brolin said, "Ben's gotten so much flack from this I actually got angry for him, not at him. Everybody else is angry at him." Brolin added, "I'm really curious to see what he does and what Zack does. I'm curious. I'll see the movie. I'll be a fan to see whatever version they're going to do. But how do you bring up a movie that Ben did ten or fifteen years ago. You now, come on, the guy's matured, and he's grown, and look at the work that he's doing now. I'm going to defend him literally until the death.

Batman Vs. Superman (still officially untitled) is scheduled to be released in movie theaters on July 17, 2015.

Josh Brolin Will Defend Ben Affleck As Batman Until The Death