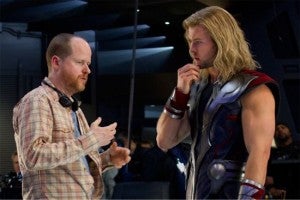 Whedon wrote, "Internet blithely oversells my tinkering on @ThorMovies script -- & FAILS to mention my body doubling for Hemsworth! #these #arenotthehammer."

Thor: The Dark World is scheduled to be released in movie theaters on November 8, 2013.