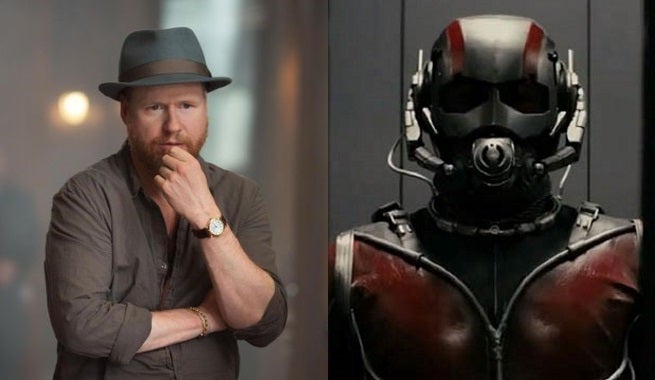 At one point, Joss Whedon wasn’t the only geek favorite director that Marvel had it’s stable. Edgar Wright - director of Shaun of the Dead, Hot Fuzz, The World’s End, and Scott Pilgrim vs. The World – had long been attached to direct the studio’s Ant-Man movie.

And then, after several years of development, it all fell through. Wright left the project over what was called “creative differences,” leaving the script to be rewritten by Adam McKay, and the director’s chair open for Peyton Reed.

All parties involved have avoided sharing many more details on the unfortunate uncoupling, but fans can’t help but wonder how what sounded like a dream pairing fell apart, Whedon included. Here’s what the Avengers: Age of Ultron director had to say when he was asked by Buzzfeed if he had any thoughts on Wright’s departure from Ant-Man.

“No…Only that I don’t get it,” he said. “I thought the script was not only the best script that Marvel had ever had, but the most Marvel script I’d read. I had no interest in Ant-Man. [Then] I read the script, and was like, Of course! This is so good! It reminded me of the books when I read them. Irreverent and funny and could make what was small large, and vice versa. I don’t know where things went wrong. But I was very sad. Because I thought, This is a no-brainer. This is Marvel getting it exactly right. Whatever dissonance that came, whatever it was, I don’t understand why it was bigger than a marriage that seemed so right. But I’m not going to say it was definitely all Marvel, or Edgar’s gone mad! I felt like they would complement each other by the ways that they were different. And, uh, somethin’ happened.”

Around that time, Whedon did post of a photo of himself holding Cornetto to Twitter – a reference to Wright’s “Cornetto Trilogy” of films – in what fans took as a show of solidarity.

The Best 4th of July Movies on Netflix