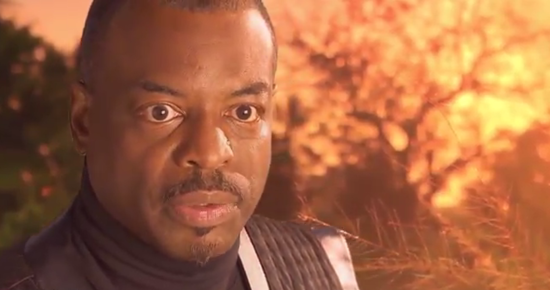 "I can go anywhere…I can be anything…" These are some of the lyrics from Reading Rainbow's infectious theme song that many will remember from their youth. But what if the power of reading fell into the wrong hands?

In a new "Funny or Die" video, LeVar Burton is part of a new opening for Reading Rainbow in which the lyrics are taken a bit too literally. After reading a book, Burton actually gains the power to do anything. And you know what they say about absolute power…

"This power," Burton says in the video. "No man should have power like this."

Burton recently launched a wildly successful Kickstarter campaign to bring Reading Rainbow to every child, everywhere through the expansion of the Reading Rainbow tablet app that he and RRRKidz developed following the show's cancellation in 2009. The campaign's original goal was to raise $1 million, but, with 28 days still remaining for the campaign, it has already raised nearly $3.5 million.