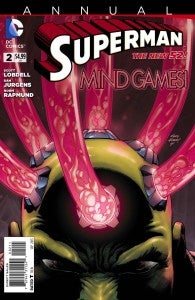 and Action Comics writer Scott Lobdell teams with former Superman writer/artist Dan Jurgens on Superman Annual #2, out tomorrow from DC Comics. A preview can be seen below, thanks to Comic Book Resources.

The story sees Superman face off against Brainiac, drawing a through-line from Brainiac's first attack on Metropolis in Grant Morrison's Action Comics run to the Lobdell-written Psi-War story in which Superman finds himself embattled with Hector Hammond and other psychic- and psionically-powered supervillains.

Jurgens will re-team with his Booster Gold partners Norm Rapmund (on inks) and Hi-Fi Color for the art, a late change after the book was solicited with art by Pascal Alixe, while the story is credited solely to Lobdell here, rather than Lobdell and Frank Hannah, as it was originally slated.

What repercussions lurk beneath the surface from Brainiac’s first attack—and how does it all set the stage for the battle of Metropolis? Plus, how can the Man of Steel fight something he can’t physically stop! 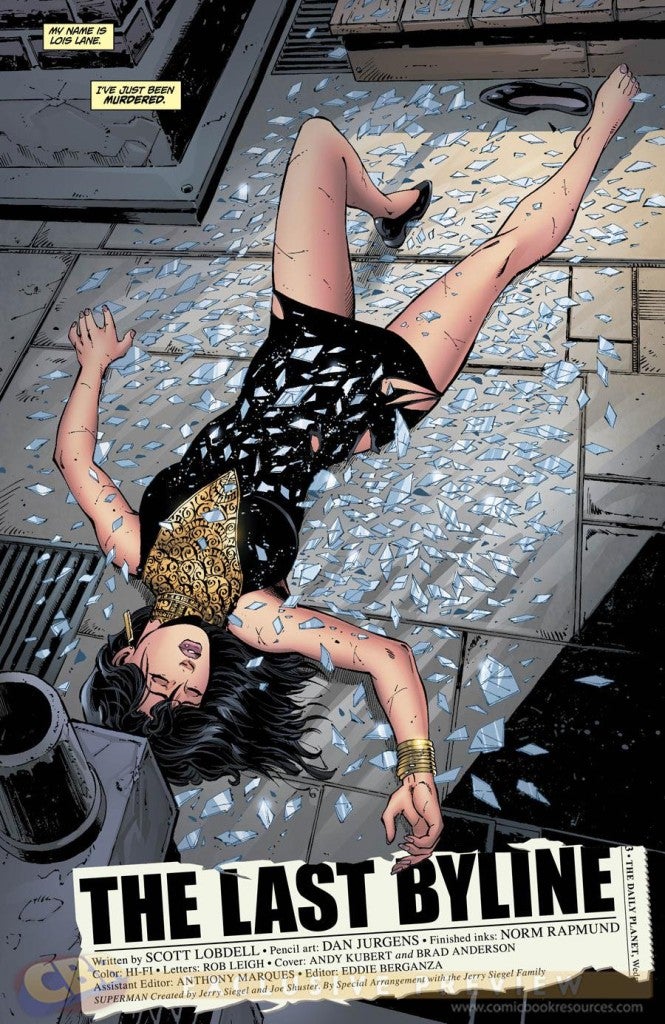 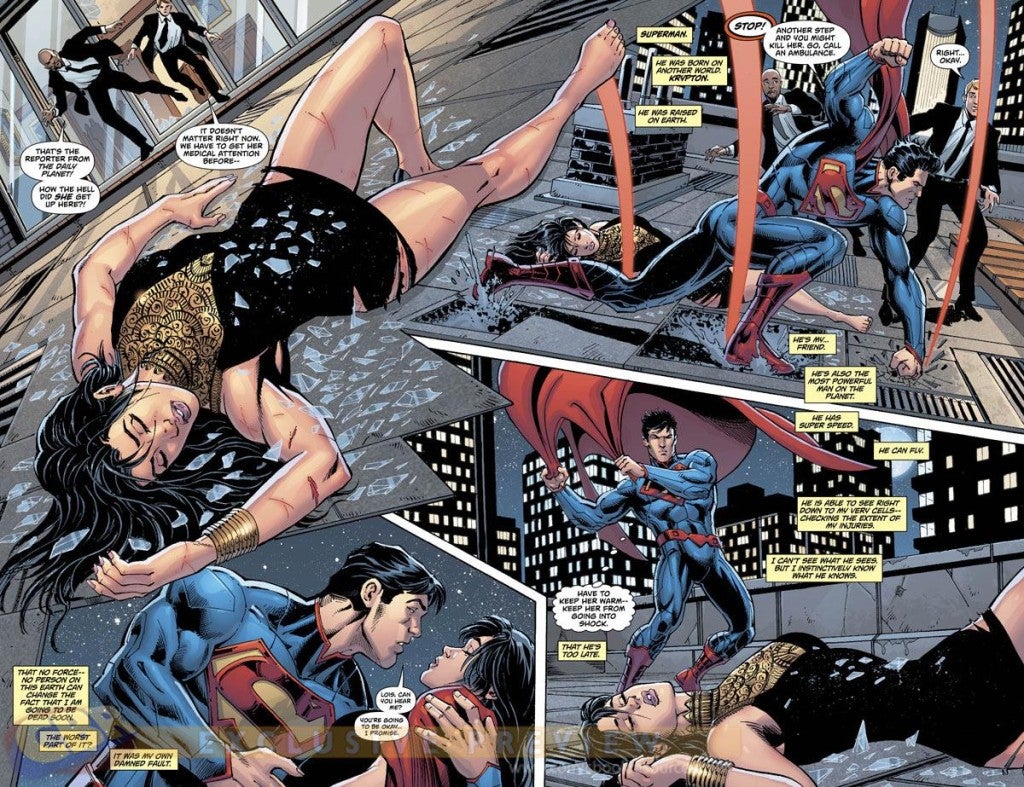 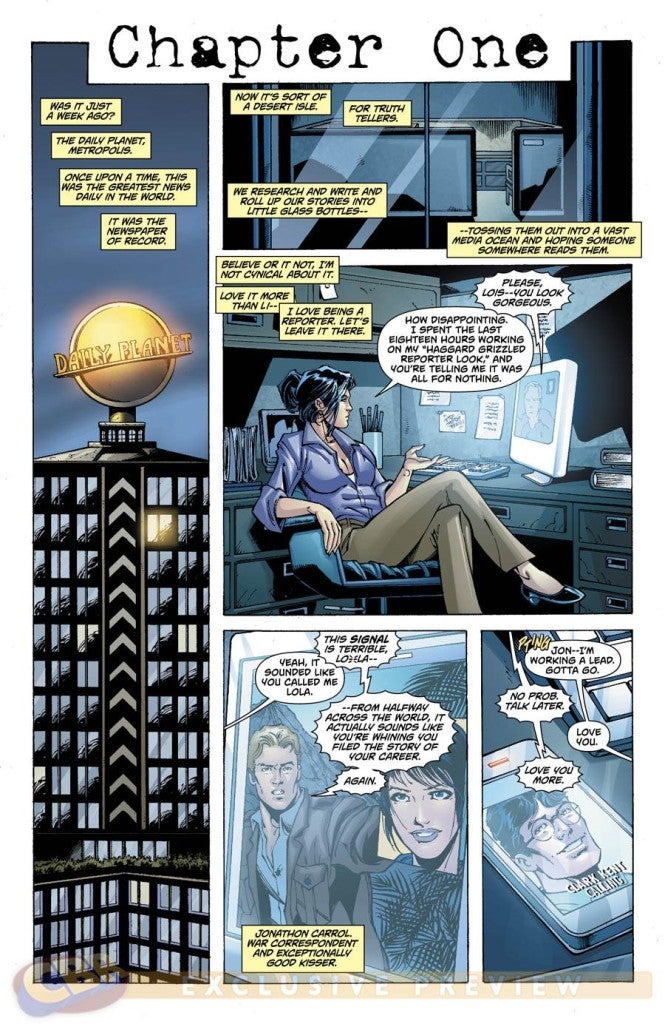 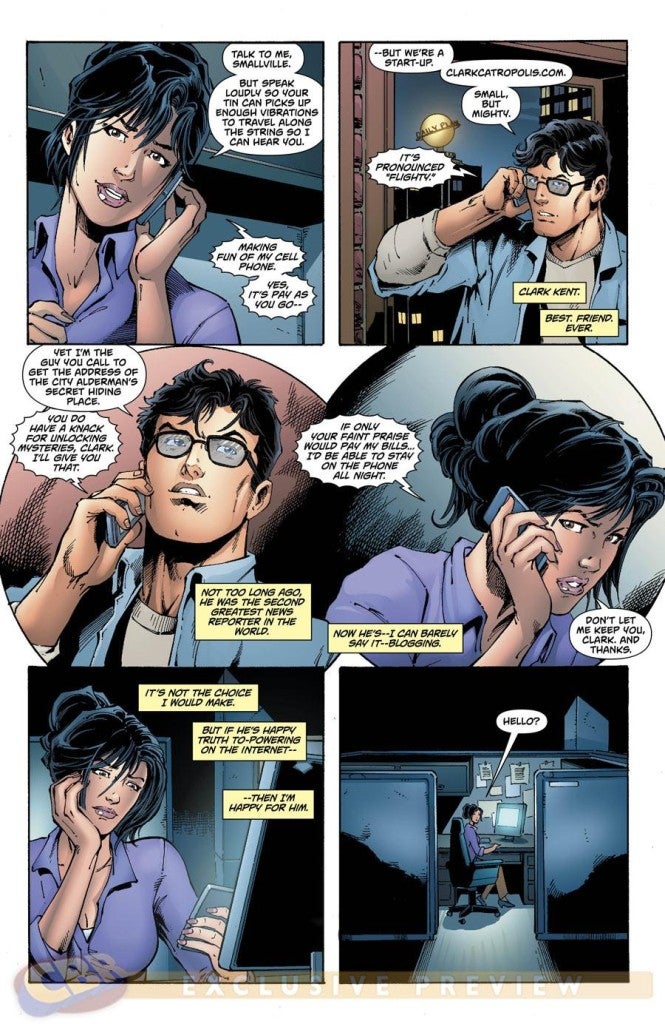