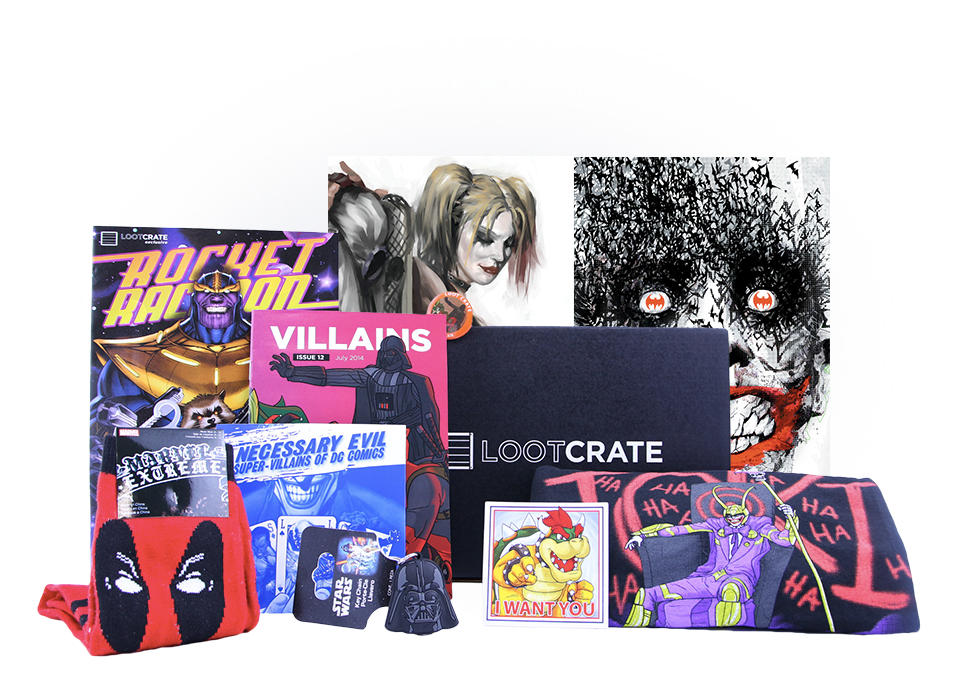 Image Comics has landed the top sales spot for October 2014 with The Walking Dead #132. That’s no surprise when you consider that this issue was ordered by the popular monthly subscription service Loot Crate. That single purchase accounts for a sales boost upwards of 100,000 copies. This isn’t the first time this has happened though. Marvel pioneered a partnership with Loot Crate when they included Rocket Raccoon #1 in the July shipment.

There has been some grumbling about Marvel (and now Image’s) use of a mass sales outlet in order to boost their sales and affect the Diamond retail numbers. These complaints are complete nonsense.

Marvel Comics ought to be applauded for their efforts to create a deal with Loot Crate. They discovered a new means to sell and distribute their comics, one that is now being used by Image Comics as well. This partnership not only helps them to sell comics, but helps bring comics to people who may be unfamiliar with the medium. Both companies have obviously benefited financially, but that doesn’t undermine that they also helped comics reach a wider audience.

Getting one issue in the hands of consumers is a good start, but it’s not a giant incentive for new customers to seek out comic shops. It’s important to remember that comics are still a niche artform and their outlets are specialized and relatively rare. If you give someone Harry Potter and the Sorcerers Stone or Star Wars, they know where to go in order to find more of the story. Massive chains like Wal-Mart, Best Buy, and Barnes & Noble are obvious locations to look for popular movies and books. All of their websites along with digital retailers like Amazon carry the products so that anyone can easily track down and purchase what comes next. That’s not the case for comics.

If someone is interested in reading individual issues, they will almost always have to find a comic book store or use a specialized app like Comixology. There’s no obvious place to search for new issues if you’re unfamiliar with how comics are sold. Finding these places may not be advanced theoretical physics, but even the smallest barriers could be enough to dissuade new customers from seeking out another issue of Rocket Raccoon or The Walking Dead.

Marvel and Image have provided some great issues to help hook new readers, but tossing bait into the water isn’t enough to catch a fish. You have to have some means to reel people into local comic stores and digital storefronts. If these sales are to be converted into new customers and fans, then they need an easy way to find more. 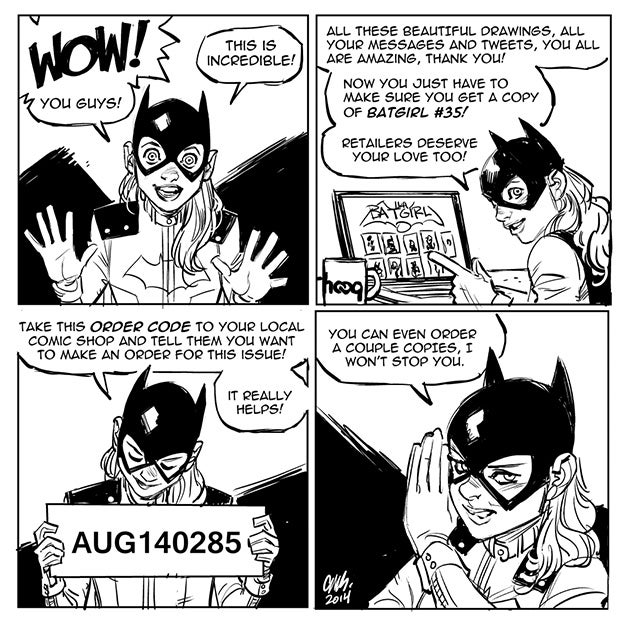 Both issues have included an insert listing the comic shop locator website. Loot Crate is helping to encourage fans to seek out more comics and it's a good start, but it's also a passive statement. What is required is a massive call to action. Publishers need to take full advantage of the opportunity they have created with Loot Crate and impress on new readers how easy it is to find more comics and give them every incentive to do so.

Start with a big banner that tells people they can find more of this great thing we call comics if they follow a few simple steps. Provide a website to locate local stores or encourage readers to buy online at Comixology. Heck, you could have Rocket or Rick talk directly to the reader and tell them where they can find more of these adventures. Cameron Stewart produced cartoons that helped encourage fans to pre-order and boost the sales of Batgirl #35 by making the process simple and easy to follow. The important thing is to not assume that people know where to find comics or that they will read an insert. Hold their hands and show them how to buy more of this great surprise they just received.

I want to create one more metaphor using fishing. There’s the famous adage that says: give a man a fish and you feed him for a day; teach a man to fish and you feed him for a lifetime. Right now Marvel and Image are giving out fish. Loot Crate subscribers are getting a taste of comics, but there’s no guarantee they’ll ever seek out more. It’s time to start teaching people how to find comics so they can enjoy them for a lifetime.

Loot Crate Boosts Sales, But Does It Find New Readers?