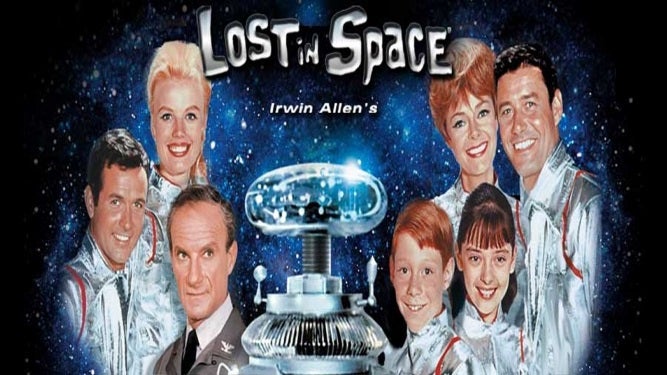 Deadline is reporting that Legendary Television is working on a reboot of the classic science fiction television series Lost in Space.

Lost in Space was originally created in 1965 by Irwin Allen. The reboot is being created by Dracula Untold screenwriters Matt Sazama and Burk Sharpless.

The original series was set 30 years in the future (the far off 1997!), and followed the adventures of the Robinsons, a family of explorers whose ship is sabotaged and set of course, leaving them stranding in outer space.

The series ran for three seasons, 83 episodes, on CBS before being cancelled. Fox, the studio that produced the series, put it into syndication, where it became a cult classic.

The series has had a couple of not particularly successful attempts at revitalization since then, including a 1998 film and a 2004 television movie that never made it out of production.

Lost In Space Reboot In The Works