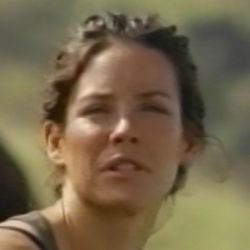 A spokesman for Evangeline Lilly told Entertainment Weekly's Michael Ausiello that rumors of the actress’s early departure from Lost are false. Earlier this morning, a report surfaced claiming that the actress who plays Kate is currently auditioning for roles in TV pilots set to air during the 2009-2010 season, which is to be the popular ABC series’ sixth and final season.

The rumors surrounding Lilly’s fate for next season appear to have started from a blog report posted on zap2it.com. Since then, members of Lilly’s camp told Entertainment Weekly and E! that the story was false. The unnamed representative told Ausiello that they did not know where the rumor started and that neither ABC nor Lilly’s agent were called to verify the story.

Khobi Ghosh, who broke the story on zap2it.com, later posted a follow up article to repeat what the spokesman told Ausiello. Despite this, Ghosh claims that he stands by the original story and that the actress has auditioned during the pilot season.