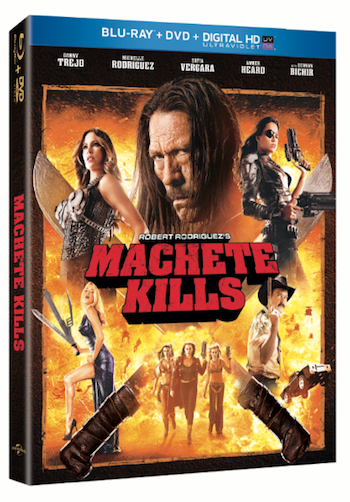 Universal have released a mountain of special features and film clips for Machete Kills, due out on video next week.

From Sin City: A Dame to Kill For's Robert Rodriguez, Danny Trejo returns as legendary ex-Federale Machete Cortez in this action-packed thrill ride from innovative director Robert Rodriguez. In his latest mission, Machete is recruited by the U.S. President to stop a crazed global terrorist from starting a nuclear war. With a bounty on his head, Machete breaks all the rules as he faces death at every turn from an all-star cast of deadly assassins.

You can check the clips out--which include two behind-the-scenes mini-docs, a deleted scene and three clips from the film itself--below.