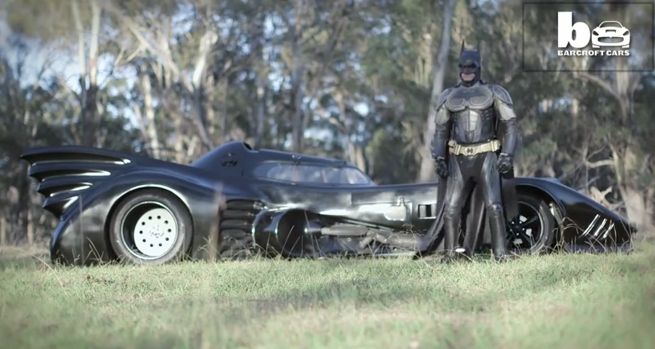 He is the Dark Knight. His mission, to visit terminally ill children in Australia. But his secret identity isn’t Bruce Wayne. This caped crusader is Zac Mihajlovic.

The 29-year-old Camden, Australia native has teamed up with Make-A-Wish foundation where he fulfills the dreams of children by arriving at their door in full Batgear and giving them a ride in the Batmobile.

Mihajlovic’s journey to becoming a real-life superhero began four years ago when he built his street-legal Batmobile with the help of his grandfather.

“The reaction to it has has been insane,” Mihajlovic said in a recent interview.

The Batmobile is based on the one used in the 1989 Tim Burton film starring Michael Keaton and Jack Nicholson. Some of the parts, such as the working afterburner, was used on the actual car in the movie.

Despite receiving multiple six-figure offers for the car, including one from a sheikh in Dubai, Mihajlovic says there’s a reason he won’t sell it.

An example would be Domenic, a young boy who suffers from cystic fibrosis. He recently got a visit from the caped crusader as a surprise from his mom. Domenic was beyond excited.

“This is the best day of my life!” he screamed. “I can’t believe I’m going in the the Batmobile," screamed Domenic. "Let's go and save the world."

For Mihajlovic, he believes he’s doing that one visit at a time.