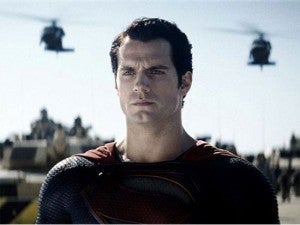 Earlier this month, we reported on rave reviews for an early screening of Man Of Steel. The feedback came from someone who had not seen the movie, but instead had just heard feedback from others. Now, a couple more reports about early screenings of Man of Steel have emerged, and they seem to  agree with the earlier feedback.

JoBlo.com has this feedback from one of their sources: “Imagine a Nolan story with Snyder effects/action. It's the best movie of the year. There's TONS of action with Superman kicking all kinds of ass in his suit. The cape is CG'd most of the time so it can look awesome. They have intentionally left out most of the Super action in trailers to save it. It's not nearly as dour and serious as the trailers suggest. The movie is complete, minus the 3D post-conversion, which is currently taking place.”

Slashfilm.com also had some additional feedback from their sources. According to Slashfilm,“Sometimes just living in Hollywood and conversing with people you hear things. And one of the things I’ve heard is that everything this scooper told JoBlo is right. That everyone who has seen Man of Steel loves it and it’s the ass-kicking, action-packed and heartfelt Superman movie you can’t wait to see.”

All sounds like great news, but of course most who have seen the movie at this point are friends and family of higher level Warner Bros. executives. While we haven't seen a screening, our own opinion of the Man of Steel trailer was that it was one of the best comic book movie trailers ever released However, we wish that Warner Bros. would release a trailer with a little bit more of the action footage described. If this movie is as good as early feedback suggests, then Warner Bros. shouldn't be shy about marketing it, because fans want to see it do well and turn into a trilogy.