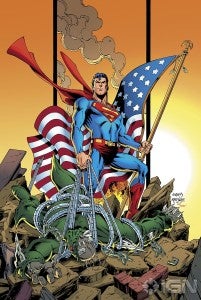 Even with a worldwide theatrical gross of over $400 million, Warner Bros. has yet to officially do the thing everyone is expecting and announce a sequel or spinoff to Zack Snyder's mega-hit Superman reboot, Man of Steel. And while both Snyder and screenwriter David S. Goyer have made some generalizations and even a couple of hints along the way, there's no clear indication as to who Superman might actually be called upon to fight in a presumptive sequel.

That hasn't stopped the film's star, Henry Cavill, from letting his desire be known to eventually fight Doomsday, the Kryptonian beast who killed Superman in the best-selling Death Of Superman storyline.

Doomsday is a tough nut to crack; his appearance on the fan-favorite CW Television series Smallville was generally not well received, and an animated feature film based on the story has only a 57% rating from the audience on Rotten Tomatoes. Even in the comics, each new creator to take on Doomsday has tried to redesign and reinvent him--and while that might be partially a function of his powers (with each "death" he evolves past what killed him), many have suggested it's because the villain was created for a specific reason in a particular storyline and that subsequent tales always had to work around the fact that they weren't The Death of Superman.

Comicbook.com got in touch with Doomsday’s creator Dan Jurgens to get his feedback on how Doomsday might possible work as a villain on the big screen. 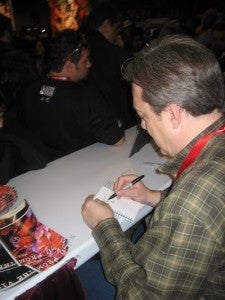 We asked, "Obviously, Henry Cavill has expressed an interest in fighting Doomsday down the line--but neither the animated movie nor Smallville's take got the kind of fan approval that your story did. What do you think it would take to make the character work onscreen?"

Wow. Doomsday is the anti-Superman. Whereas Superman is a creature of the thought and reason, Doomsday is pure rage-- a force of nature. He does not think. It's brutality unleashed-- an unstoppable shark on land. A beast of unrestrained savagery. He has a primal drive to kill.

It would have to be visually convincing, which I think can surely be done, and pose Superman with the ultimate threat and obstacle.

In the movie, Zod framed the terms of the fight by saying that only one of them would walk away. Doomsday's savagery would frame the terms of this battle by leaving Superman only one option-- the ultimate sacrifice.