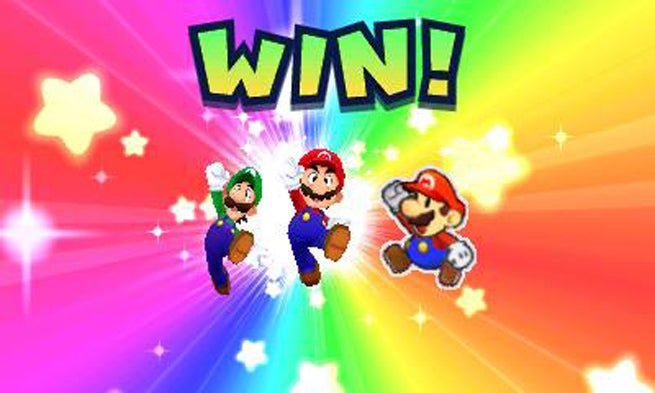 When The Flash teamed up with The Flash of Earth-2, worlds collided in a way that would become the basis of every major DC Comics event for the decades to follow. Indeed, the idea of parallel versions of characters teaming-up is now a comic book staple, and one that has been used in other mediums as well.

Nintendo is getting in on the fun with Mario & Luigi: Paper Jam, a new game coming to the Nintendo 3DS portable console in 2016. The game clashes the worlds of Paper Mario and Mario, teaming various characters from those worlds together. The debut trailer showed two Peaches meeting each other, for instance, and asking, "Are you... me?"

The game will require you to switch between regular and paper characters to navigate new puzzles and level designs that could only be solved with both kinds of Marios.

Keep it right here at ComicBook.com for more from E3 2015.