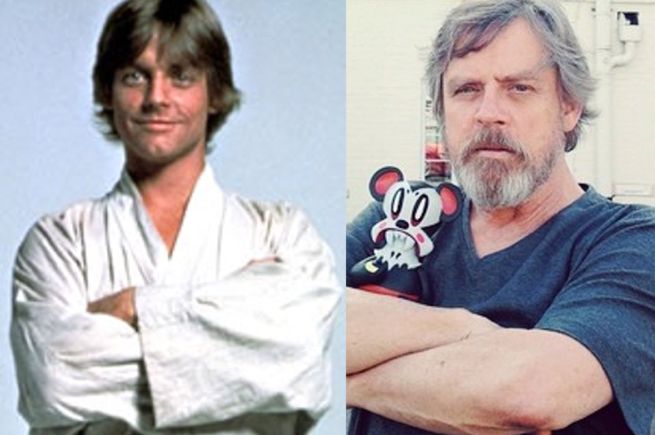 For fans bummed out that that the Star Wars: The Force Awakens trailer featured exclusively new characters and didn't spare a moment for a glimpse at the aging Han, Luke, Leia and company, Mark Hamill has advice: get used to it.

In a new interview with Yahoo! Movies, Hamill said that the new trilogy is going to revolve primarily around a new generation of characters, in the same way the prequel trilogy centered on a young Anakin and Padme rather than trying to find stories in the years immediately leading up to the 1977 original.

Asked whether he was surprised to be excluded from the recently-released teaser trailer, Hamill dismissed the idea.

"Not really," he said. "This is about the new generation of characters; I think that’s the most important thing. It’s the opening act of a whole new approach to the storytelling. So I never thought that the stories would be – first of all, I never thought I’d be involved in it again, period. And then when George [Lucas] said that they wanted to do more, I rightly assumed that it wouldn’t be our story, because we had a beginning, a middle, and an end. This must be our offspring and the current generation, with us there lending the kind of support that Peter Cushing and Alec Guinness did in the original. So no, that didn’t surprise me. And I mean, I’m one of those people where I just think, 'Keep me out of it. I’ll ruin it, I’m sure!' [Laughs] I’ll show up and just ruin the whole thing."

In the same interview, he talked about his "contractually-obligated beard" and his upcoming role in Elf: Buddy's Musical Christmas. The Elf special airs on Tuesday on NBC. Star Wars: The Force Awakens will be in theaters on December 18, 2015.

Mark Hamill Says Star Wars: The Force Awakens Is About The New Generation Of Characters