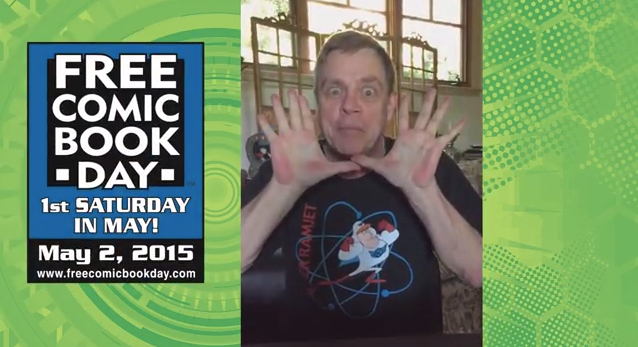 Still on the fence about this year's Free Comic Book Day?

Well, now you have no excuse, as Mark Hamill himself is encouraging fans to hit their local comic shops for the free festivities. In a new promotional video released by Free Comic Book Day, Hamill teases the several different kinds of comics that will be available, including action, horror, comedy, and more. And don't even think about getting them digitally, he warns, because where's the fun in that?

Of course, an endorsement from Mark Hamill is no small deal. On top of playing Star Wars' Luke Skywalker, Hamill is also animation's most famous voice actor for The Joker. He also played the Trickster in CBS' Flash television series, a role he'll soon reprise in the current CW series, The
Flash.

And if Hamill is going, you better be too.

Minecraft's The Wild Update Gets a Release Date