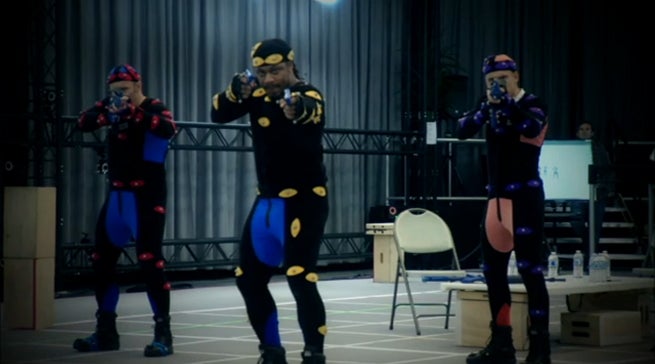 Seattle Seahawks running back Marshawn Lynch will be featured as a new character in Call of Duty: Black Ops III.

A new feature in ESPN Magazine goes behind-the-scenes on the process of turning the real life athlete into a digital soldier. Check out the video below to Lynch being motion capture for the game, and more.

Lynch is a video game fan himself, and now holds the distinct honor of being the first athlete to appear in a Call of Duty game.

Call of Duty: Black Ops III takes place in a dark, gritty future, where cybernetics and biotechnology have given rise to a new breed of soldier. Empowered by Direct Neural Interface (DNI) technology, players will assume the role of Black Ops soldiers that are interconnected, faster, and more lethal than ever in a new four-player co-op campaign and a completely redefined multiplayer experience.