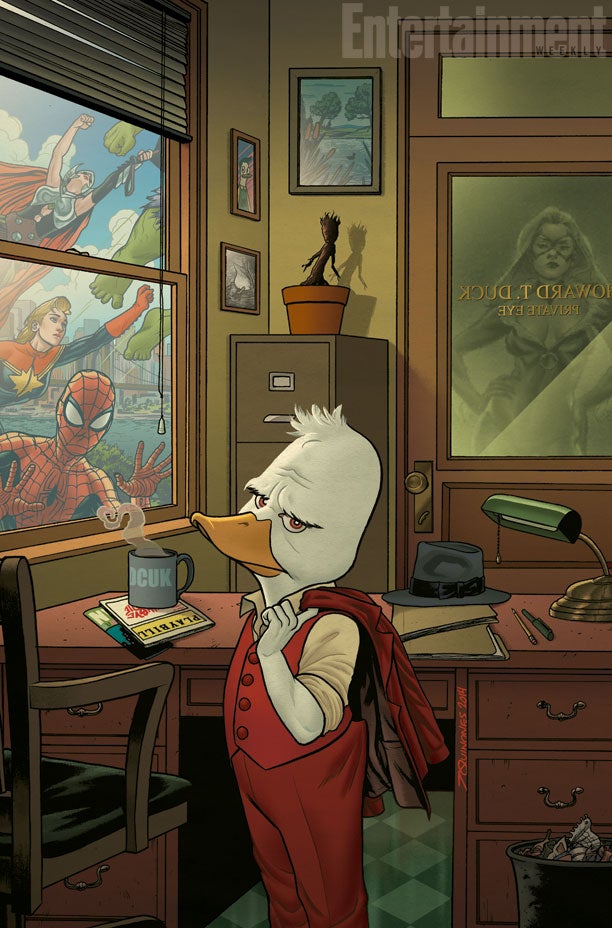 Guardians of the Galaxy just keeps on giving to Marvel Comics, doesn't it?

Spinning out of his post-credits scene in the summer blockbuster, Marvel announced (via Entertainment Weekly) that Howard the Duck is getting his own ongoing series on March 4th, 2015.

But in a brilliant casting move by Marvel, "Sex Criminals'" Chip Zdarsky and artist Joe Quinones ("Wednesday Comics") will helm the adventures of Marvel's top (and well, only) mallard. The series will apparently embrace the absurdity of a talking, case-cracking duck, setting Howard on a series of mysterious capers throughout the Marvel Universe. His first mission will find him teamed with Black Cat. Judging from the Zdarsky's comments, the new series will avoid the serious tone and politically-conscious themes that defined classic Howard tales.

"[M]y ultimate goal is to make it funny," Zdarsky explained to EW. "Marvel has taken chances on funny books and injecting humor into superhero titles, so I want to make sure this is worth some chuckles here and there." 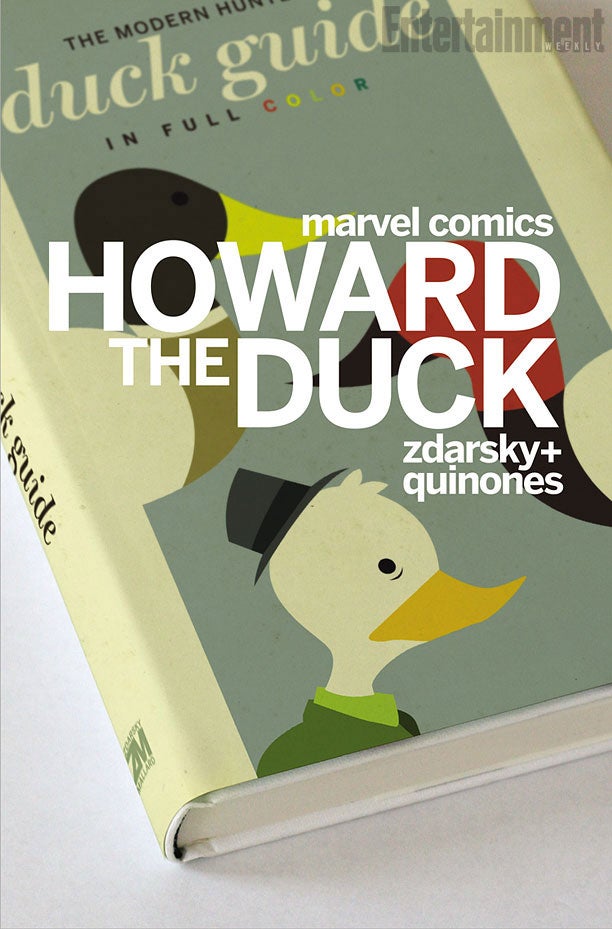 Howard The Duck debuted in the Marvel Universe in 1973 from creators Steve Gerber and Val Mayerick. Howard, and his creator, have held a strained relationship with Marvel almost since Howard's inception. Gerber routinely battled the publisher for creative control and credit, while also facing lawsuits from Disney for Howard's likeness to Donald the Duck. The character also spawned what is considered Marvel's worst movie, Howard The Duck, in 1986. Howard wallowed in obscurity until the 2001, when Gerber returned to the character for a six-issue series under Marvel's MAX imprint. Since then, Howard has made brief appearances in major Marvel events like Civil War, Fear Itself, and Marvel zombies.

"There's some fun sci-fi stuff coming up. (Howard is an alien, after all.) I've always been drawn (fowl joke—as in bad) to that, and have always enjoyed how Marvel handles all things cosmic," Quinones said.

But thanks to Guardians of the Galaxy, Howard's stock couldn't be higher. Call it the "Rocket Raccoon effect." Since Howard's cameo in Guardians, Marvel announced a reprinting of their "Howard The Duck Omnibus," comiXology expanded their digital library of classic "Howard" issues, and now, this. 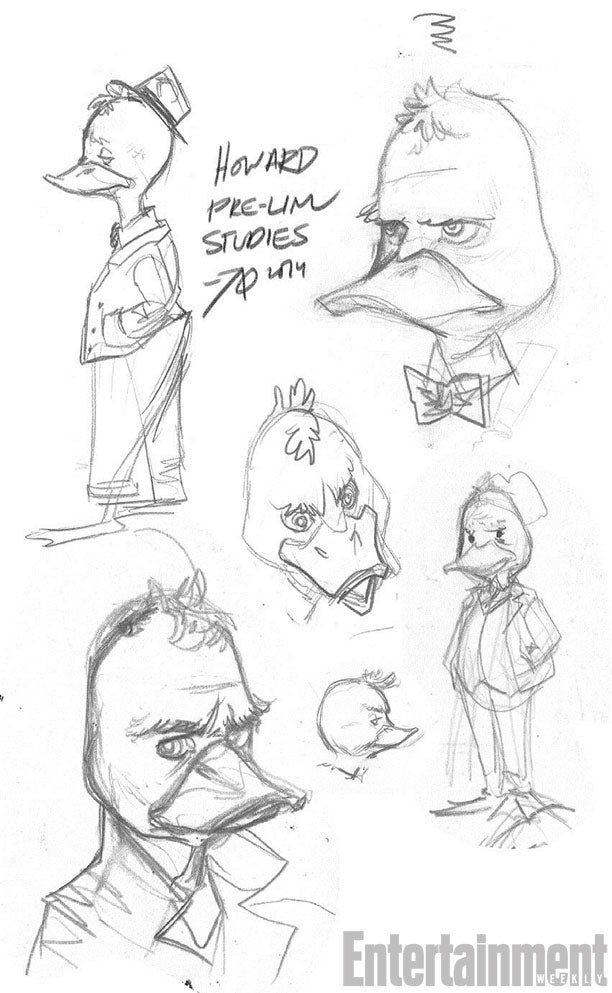 "I think it's going to be fun!" Zdarsky elaborated. "We'll get to explore the Marvel Universe with a very short tour guide and a very good artist and me, a man who dresses as Garfield on the weekends."

Check back in with Comicbook.com on Monday, November 24th, for an interview with Chip Zdarsky and Joe Quinones on the title.