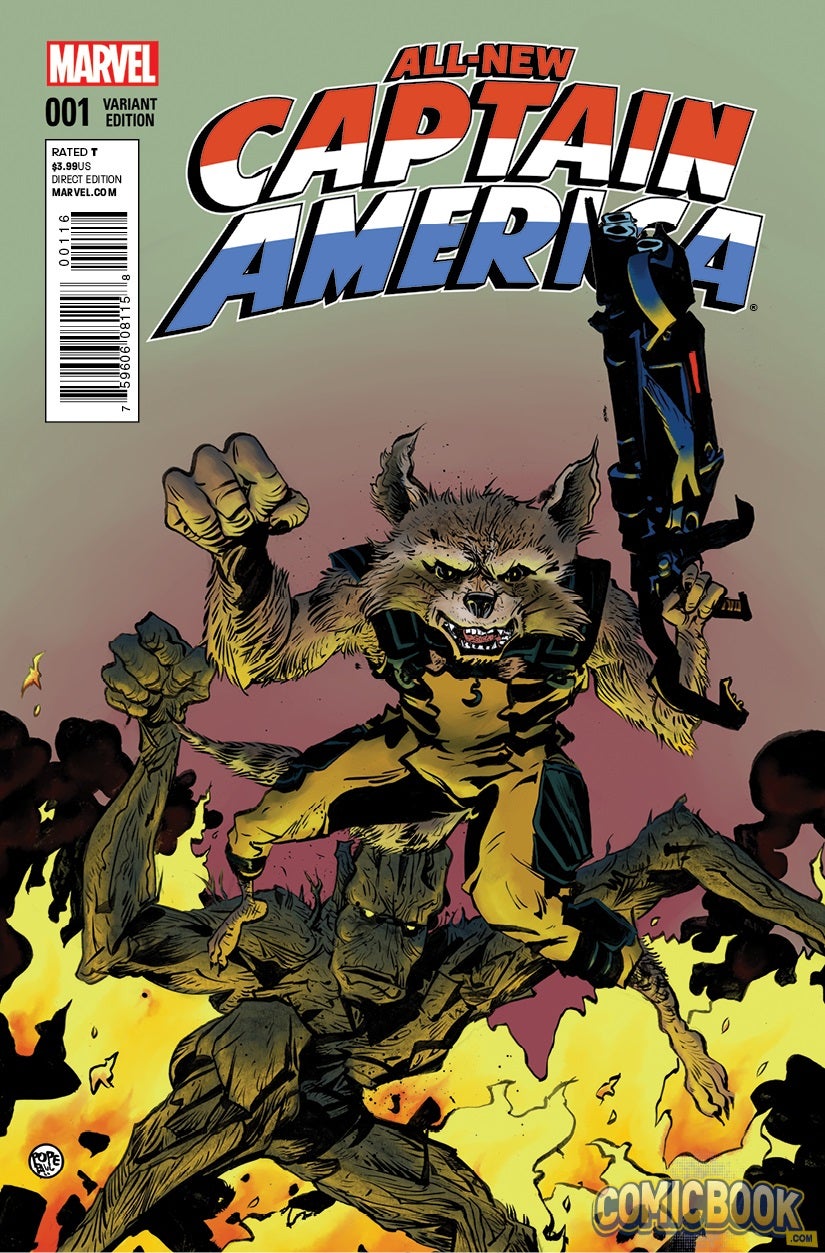 Paul Pope is the master comic book artist and writer behind such creations as Heavy Liquid, 100%, Batman: Year 100, and, most recently, Battling Boy.

For this cover, Pope applies his distinctive style to the popular duo from Guardians of the Galaxy.

From writer Rick Remender and artist Stuart Immonen, All-New Captain America #1 will feature Sam Wilson, the former Falcon, as the new Captain America. He teams up with Steve Rogers’ son, the new Nomad, to take on Hydra and other villains from Captain America’s storied rogue’s gallery.

• This is it! The all-new, Spy-Fi, highflying adventures of Sam Wilson Captain America and Nomad begin here!
•  Hydra is growing, the terrorist band have has infiltrated the Marvel Universe completely! But what is their ultimate goal?
•  United by Hydra, Cap's rogue's gallery gathers to take down the new untested Captain America and Nomad!
Rated T+
Item Code: SEP140810
In Shops: 11/12/2014
SRP: $3.99