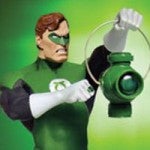 Looks like we'll find out who will play Hal Jordan in the 'Green Lantern' film very soon. The Hollywood Reporter says the role is down to three finalists: Bradley Cooper, Ryan Reynolds, and Justin Timberlake. All three went through two rounds of screen tests, according to THR. The main reason a decision should come soon is that the holding deal Warner Brothers had on the actors expired Monday. That expiration allows the actors to accept other roles (though all three of them would be nuts to take something before finding out their status on this film). Our take on the chances of the three: Justin Timberlake: Pros: Has built a huge fanbase through his music, and his acting career is progressing nicely. Cons: He isn't ready for a huge role like this, and his young female fans might not flock to theaters to see a space/superhero film. Odds: 10% Ryan Reynolds: Pros: His career is rocketing right now. A small role as Deadpool in the "X-Men Origins: Wolverine" earned him a starring role in a spinoff film. His romantic comedy 'The Proposal' is doing well. He seems to have a pretty good following from both men and women. Cons: He's Deadpool, and people don't want to see the same actors playing multiple superheroes. Odds: 30% Bradley Cooper: Pros: His role helped 'The Hangover' turn into the breakout hit of the summer. They're already working on a sequel. Cooper has put in solid work throughout his career, from 'Alias' to 'Nip/Tuck'. He was reportedly the early front runner, and we're guessing that hasn't changed (except for the possibility of some studio moron that wants JT in the role). Cons: He isn't as well known, but 'The Hangover' has definitely made Cooper more of a household name. Odds: 60% There you have it--we're betting that Bradley Cooper is the overwhelming favorite to land the coveted role of Hal Jordan. What do you think? Who should play the role?

More on Green Lantern: Is the Hal Jordan Role Down To Three?