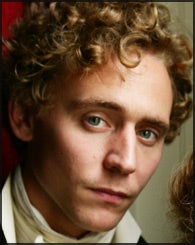 A couple of days ago, we got Thor (Chris Hemsworth). Now Marvel has announced that they have cast Thor's nemesis. Tom Hiddleston will tackle the role of Loki, the god of mischief, who seeks to destroy Thor and humble the Mighty Thor. Hiddleston was recently part of the cast of "Wallander", a tv series that also starred Kenneth Branaugh. Branaugh is directing Thor. Thor is scheduled for release in the U.S. May 20, 2011.