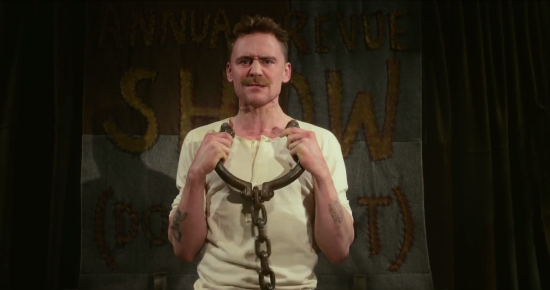 A new trailer has been released for Muppets Most Wanted and shows off several stars making cameo appearances in the film.

In Muppets Most Wanted, while on a grand world tour, The Muppets find themselves wrapped into a European jewel-heist caper headed by a Kermit the Frog look-alike and his dastardly sidekick.

In addition to the impressive cameo list, Muppets Most Wanted stars Tina Fey, Ricky Gervais and Ty Burrell. James Bobin is directing from a screenplay written by Bobbin and Nicholas Stoller.