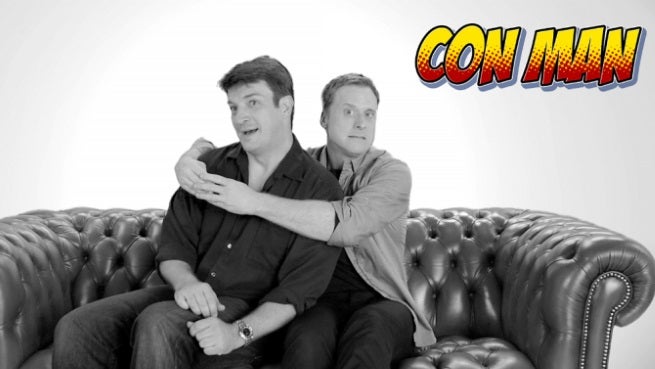 Firefly alum Alan Tudyk and Nathan Fillion are reteaming for a new webseries, Con Man. The series has Tudyk and Fillion playing the pilot and captain, respectively, from a science fiction television series that was unceremoniously cancelled by its network after a very brief run. Sound familiar?

The series focuses on the actors' experiences after their show's cancellation, as they make their way into the convention circuit. As Tudyk explains in the video below, outsiders often think that science fiction fans are the weirdest part about a convention when, in truth, the strangest characters can be found behind the scenes. It's Tudyk and Fillion's own experiences that will fuel the series' comedy.

Check out the campaign video below:

You can check out all of the details and contributor perks at the campaign's IndieGoGo page.