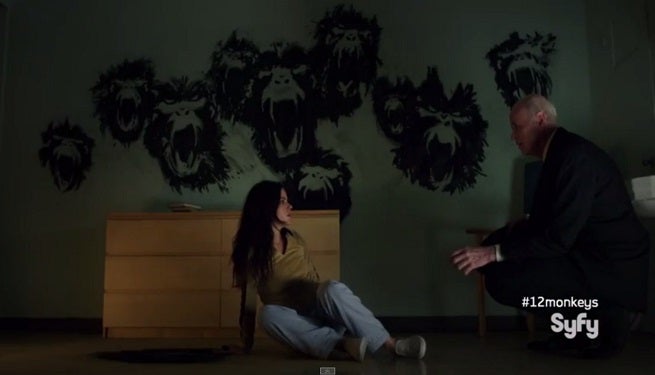 SyFy has released a new trailer for their upcoming 12 Monkeys television series (via Variety).

Inspired by Terry Gilliam’s classic blockbuster film, 12 Monkeys explores the provocative story of a time traveler from a decimated future in a high-stakes race against the clock. Utilizing a dangerous and untested method of time travel, he journeys from 2043 to the present day on a mission to locate and eradicate the source of a deadly plague that will all but annihilate the human race.