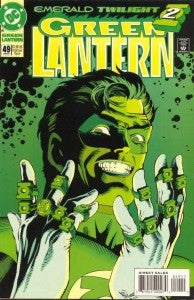 A new trailer for the return of the DC Nation programming block on Cartoon Network has appeared online, and it gives fans a look at a number of superheroes age-appropriate to the show's target audience, including teenage heroes Static and Impulse joining up with Young Justice and more Amethyst, Princess of Gemworld.

Static in particular is interesting in that even though he had his own popular show years ago, it's been widely speculated that the character wouldn't be appearing on television due to rights concerns. Indeed, as pointed out by the popular fan blog DC Women Kicking Ass, some even believed that those concerns were the cause for pulling the shows from the air back in October.

Whether the appearance of Static in the early going of the programming block's return suggests there's truth to those rumors or not is, of course, up for debate. On the one hand, it could mean that there's no credibility to the claims but on the other, it could mean that was indeed the original cause, and that an agreement was reached (or at least Warner's lawyers satisfied that there was no case for litigation) before the show returned to the air.

Shots from Green Lantern: The Animated Series populate the trailer as well, including a battle between Hal Jordan the the Sinestro Corps that evokes one of the most iconic images of '90s Green Lantern comics, the cover to Green Lantern #49 (pictured at left), albeit with the rings of a different Lantern Corps. Hal still looks pretty creepy in the shot.