It features a scary looking clown, which was an iconic character from Tobe Hooper's 1982 original film. In that, a supernatural entity possessed a young boy's clown doll and dragged the boy underneath his bed.

Legendary filmmaker Sam Raimi and director Gil Kenan reimagine and contemporize the classic tale about a family whose suburban home is invaded by angry spirits. When the terrifying apparitions escalate their attacks and take the youngest daughter, the family must come together to rescue her. 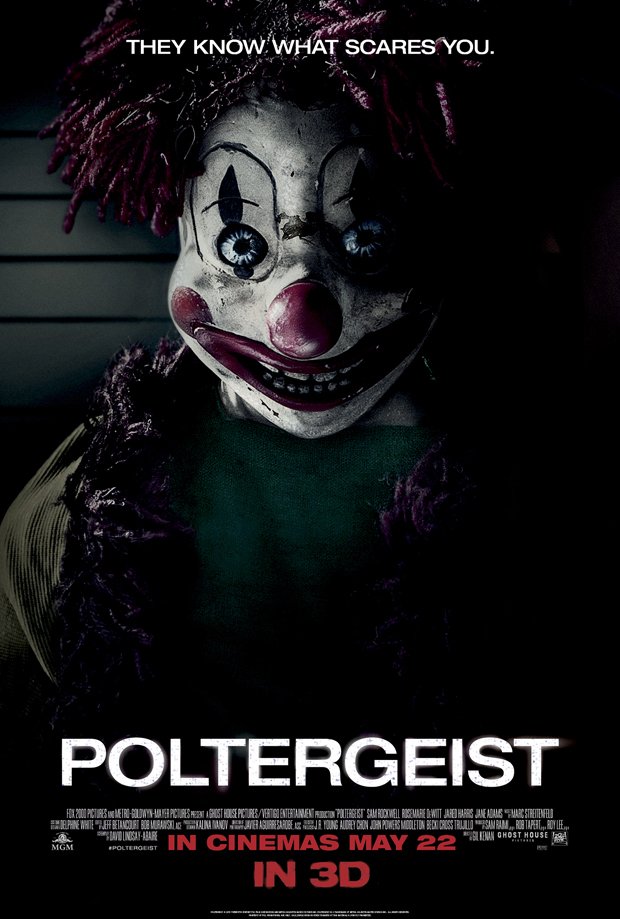 Poltergeist will be in theaters July 24.