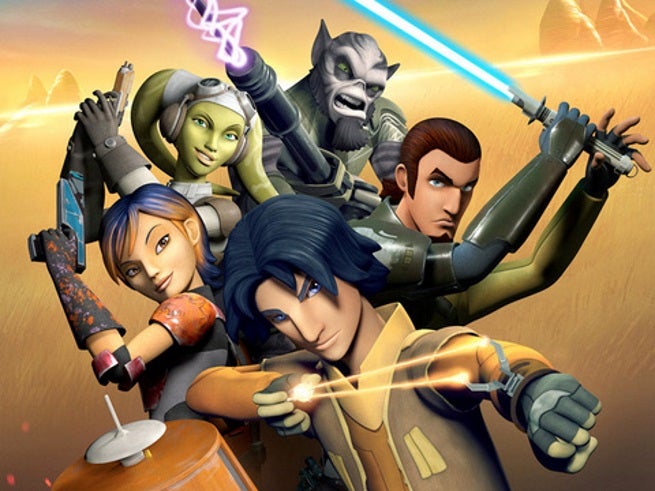 Slashfilm is reporting a rumor that there is another animated Star Wars series in development.

The report suggests that Star Wars Rebels, the animated series that debuted earlier this year, is planned to run for three or four seasons. Rebels will then be replaced by a new animated series set in the same time period as Star Wars: The Force Awakens, and the other film in the Star Wars sequel trilogy. If Rebels runs for three or four seasons, this would place the debut of the new series around 2017 or 2018. This will mean that the new series will debut around the same time, or shortly after, the arrival of Star Wars Episode VII in theaters, giving the series two films worth of lore and set up to build on.

The story is just a rumor, but certain aspects make a lot of sense. Rebels is set five years prior to the events of A New Hope. You can cram a lot of stories into five years, but eventually the series would have to overlap with the original trilogy, or risk the veracity of its timeline and continuity being called into question, something that the Star Wars Story Group would probably like to avoid in what is one of their earliest projects since wiping the expanded universe canon clean.

New Star Wars Animated Series Rumored To Be In The Works