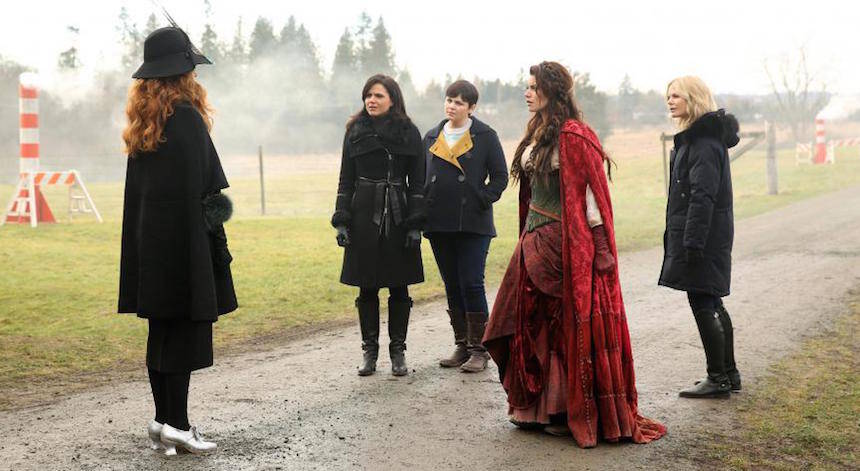 The episode begins shortly after Emma (Jennifer Morrison) and the gang have brought Ruby (Meghan Ory) back home, prompting a flashback to Oz. In it, we see Ruby, Mulan (Jamie Chung), and Dorothy (Teri Reeves), attempting to retrieve Toto from Zelena (Rebecca Mader), who has just been banished back to Oz. Zelena offers to return Toto in exchange for Dorothy's slippers, but Dorothy turns her down.

Later, the trio attempts to brew a sleeping potion to combat Zelena, but they need one more ingredient: poppy. Dorothy and Ruby split from Mulan to retrieve some, where they quickly bond. It's clear that Ruby is falling for Dorothy, but in return, Dorothy seems hesitant.

In the Underworld, Hades (Greg Germann) meets Zelena once again to warn her about Ruby's appearance. Zelena is afraid that Ruby will reveal more of her past deeds and that Regina will change her mind, taking Zelena's baby from her. Zelena decides that she must leave the Underworld, even though Hades asks her to stay. Before she can go, she is caught by Regina (Lana Parilla), Emma, and the others – while David (Josh Dallas) and Hook (Colin O'Donoghue) discover that Hades has removed the phones from the Underworld.

Zelena tells the group that she put Dorothy under a sleeping spell that can only be broken by true love's kiss, unfortunately adding that there's no one out there who loves Dorothy. She does turn over the magic slippers, which can act as a portal out of the Underworld, and wishes Dorothy the best. Ruby believes that the only person who loved Dorothy was her Auntie Em, who they are able to find in the Underworld.

Auntie Em runs a competing diner in the Underworld, where they meet her and explain the situation. Emma gives her a bottle to blow a kiss into – which they plan to bring to Dorothy – but as soon as she touches her lips to it, she melts into a puddle of goo. Hades stands up from a table nearby, warning the residents of the Underworld that anyone else who tries to help the heroes will meet a similar fate. 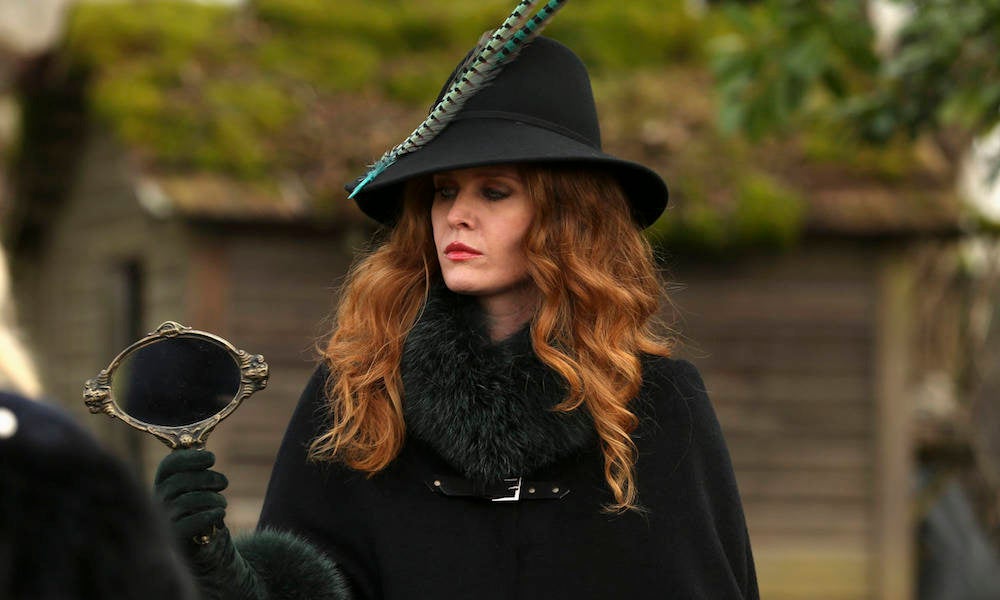 Then, Belle (Emilie de Ravin) finds Zelena, asking her mother-to-mother for help concerning Hades and the contract for Belle and Rumplestiltskin's baby. Zelena tells Belle that she was only pregnant for ten minutes – because of Emma's Dark One magic – and Belle becomes terrified that Hades will speed up her pregnancy and take the baby at any moment. Zelena decides to help her.

Nearby, Snow (Ginnifer Goodwin) sits down for a heartfelt chat with Ruby, suggesting that perhaps there is one more person out there who loves Dorothy: Ruby herself. As her best friend, Snow can tell that Ruby cares deeply for her. Ruby is terrified that Dorothy will not feel the same way, but after their pep talk, agrees to use the slippers to go to Oz and attempt to wake Dorothy with her kiss.

At the graveyard, the crew originally intends to send David with Ruby – to take care of Neal, since Hades carved Snow's name into a gravestone, keeping her in the Underworld. However, Hook has discovered that, although he cannot erase names from gravestones, he can cross them out and write new ones in. He replaces Snow's name with David's, and Snow and Ruby use the slippers to head to Oz.

A crew of munchkins, Toto, and Mulan watch over Dorothy's body, just as Ruby and Snow arrive. Ruby hesitantly kisses Dorothy, she awakens, and the two confess their mutual love for each other. Back in the Underworld – Henry sees the image appear on a page of the Storybook, ensuring that Ruby and Snow were successful.

Next, Belle returns to Rumple (Robert Carlyle) with a magical artifact gifted to her by Zelena: the cursed spindle that puts you under a sleeping spell. If she is asleep, Hades will not be able to force her to have her baby, and Rumple can find a way to break their contract in the meantime. Additionally – if Rumple can manage to change his ways while she is asleep – he will be able to wake her with true love's kiss. Otherwise, she will require him to summon her father, Maurice.

Next, Zelena finds Hades after her talk with Belle, and he shows her that he melted Auntie Em, dumping her into the River of Souls, purely out of love for Zelena. She decides to finally give him another chance.

Once Upon a Time Season 5 Episode 18 Recap With Spoilers: Ruby Slippers