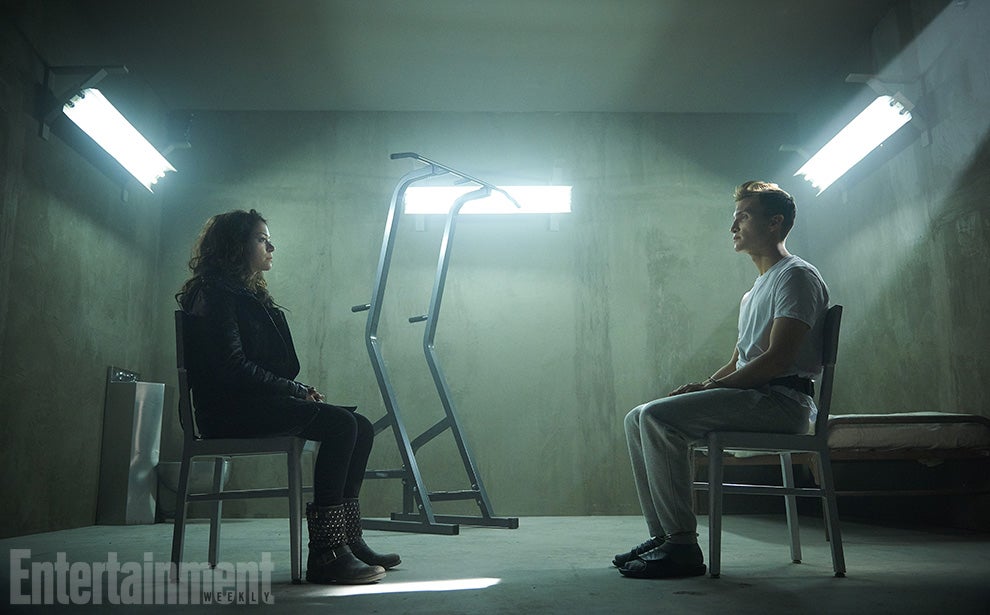 BBC America has provided fans with their first look at the upcoming, third season of their hit series Orphan Black.

The image shows Sarah Manning (Tatiana Maslany) coming face to face with one of the new male clones (played by Ari Millen) of Project Castor.

"The boy’s name is Rudy," Orphan Black co-creator Graeme Manson explained, noting that the episode will pick up shortly after the conclusion of last season rather than having a realtime jump. "And obviously Rudy—or Scarface, as we call him in the writer’s room—is not Mark, who is the other Castor clone that we’ve known before. So immediately that poses a bunch of questions for us: How are they different? How are they the same, these brothers? And what the heck is Mark up to? Is Mark a traitor? Is Mark undercover? Like everyone else on Orphan Black, Mark has divided loyalties."

The series returns in the spring on BBC America.