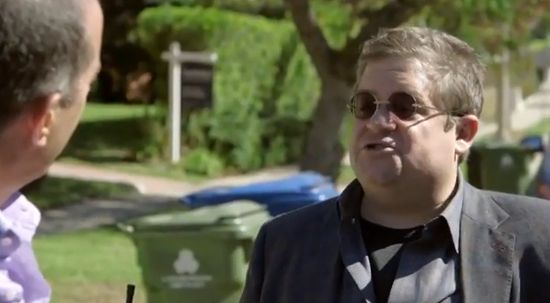 In the latest episode of the web series Comedians in Cars Getting Coffee, Jerry Seinfeld (Seinfeld) and his special guest, Patton Oswalt (The King of Queens), drive a 1981 DeLorean DMC-12 to The Handsome Coffee Roasters for some coffee. They also have a conversation about killing Superman.

Back in the early nineties, the Death of Superman was a huge event in comic books. As Oswalt puts it, "It was in Time Magazine and literally six months later they're like, 'Yeah, he's alive.'"

After Seinfeld asks Oswalt how he would have killed Superman. Oswalt explains, "Superman gets his powers from our yellow sun, but he's here every day soaking up that energy. So make it a thing where like the longer he stays here now it's starting to kill him. And then there's a massive disaster looming. Do I stay and stop this thing happening and die in the process or do I leave and save myself."

Patton Oswalt Explains How He Would Kill Superman