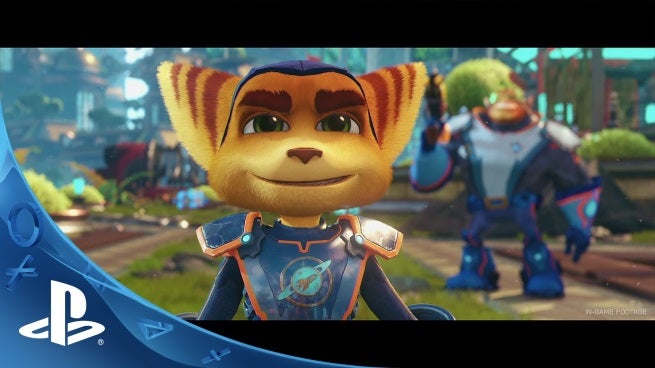 Sony Computer Entertainment America has released a new trailer for Ratchet & Clank on the PlayStation.

The PS4 Ratchet & Clank is a new entry into insomniac's action/platformer franchise. Or, as Insomniac and Sony playfully refer to it, "the game, based on the movie, based on the game."