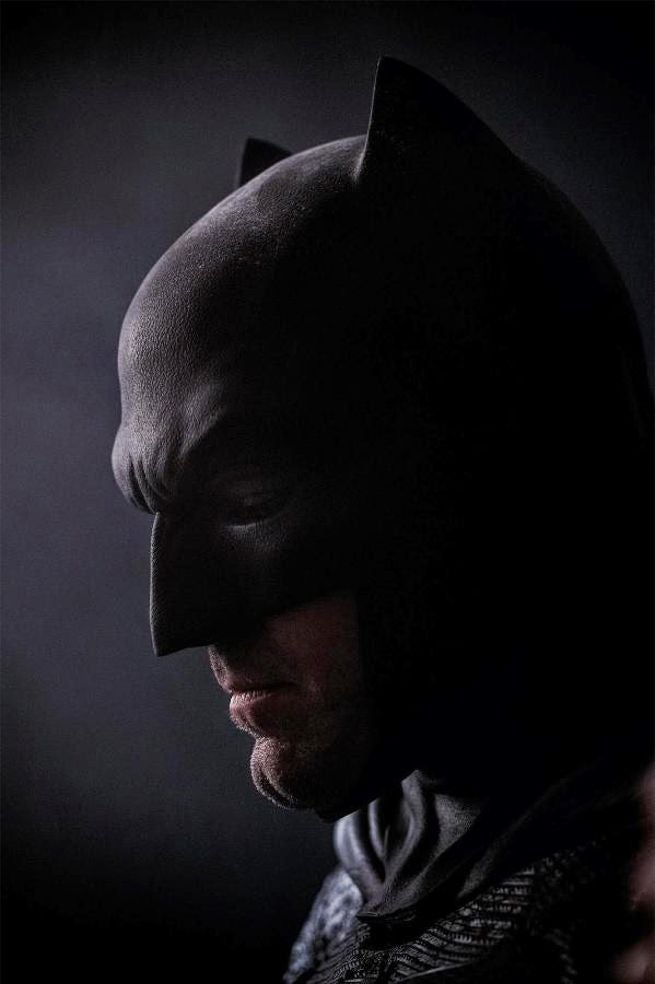 Ben Affleck's Batman in Batman V Superman: Dawn of Justice will reportedly have been at work for nearly thirty years and have a long history, including at least one dead Robin, according to Badass Digest.

Devin Faraci, a writer whose sources are typically solid, describes Batman as in his fifties and "still an urban legend, a creature of the night, and no one has ever taken his picture. But he's had plenty of adventures, and the Batcave includes a memorial centered around a tattered Robin costume."

Faraci notes that such a persona sets Batfleck apart from previous Batmen -- or indeed form Zack Snyder's Superman -- in that he's not involved in massive, property-destroying, attention-grabbing battles but is operating in secret and largely without appreciation (although a bat-signal in the Comic Con trailer certainly suggests he's got some fans at the police department).

This also jives with earlier rumors that Jason Todd would be a character referenced but perhaps not actually seen onscreen in the film. If there's a dead Robin shrine, it's likely it's Jason; Dick is too valuable an IP to kill offscreen and DC doesn't seem to know what to do with Tim Drake anymore. Damian Wayne is a possibility for the "current" Robin in the film, but it would require referencing Ra's al Ghul and Talia, who played a big role in The Dark Knight Rises, so it seems unlikely. More likely is that he's flying solo with no Robin, either after the loss of Jason or the retirement of Tim, and the "next" Robin doesn't exist yet in the film.

Of course, all of that is just speculation based on nothing concrete except a claim that there's a suit. For all we know, it could be Stephanie Brown's.

This information is something that the writer has apparently been sitting on for a while, but chose to come forward with after on-set photos of Ben Affleck as Bruce Wayne started to circulate online, and he looks surprisingly spry for a fifty-something-year-old.

Report: Batman V Superman: Dawn of Justice's Batman Has Been At it For Decades, Has A Dead Robin