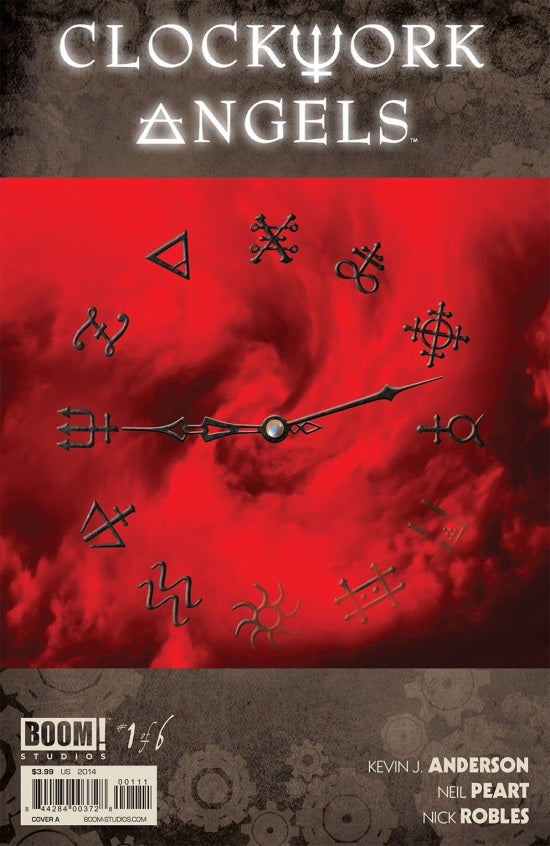 , the new miniseries based on Kevin J. Anderson's novel and Rush's concept album of the same name, will debut in March from BOOM! Studios. The series will be written by Andersen and Rush drummer and lyricist Neil Peart, with interior art from Nick Robles and covers from Hugh Syme. "Rush is one of our all-time favorite rock bands here in the office, so we immediately jumped at the chance to work on CLOCKWORK ANGELS," said BOOM! Studios Editor-in-Chief Matt Gagnon. "The icing on the cake is that author Kevin J. Anderson is somebody we've always wanted to work with, so this is an all-around thrill. Mr. Anderson and Mr. Peart have brought us a breathtaking story that illustrator Nick Robles has beautifully visualized." In Clockwork Angels, Owen Hardy, like all the people of Albion, has lived his whole life under the rule of The Watchmaker. His entire life has been planned down to the exact second. But what happens when a young boy decides that things should not always goes as planned? Fans of Rush should enjoy seeing the band's lyrics brought to life in comic book form for the first time. Clockwork Angels #1 arrives in comic shops on March 19th, the four-year anniversary of the album's initial announcement by the band members, with a cover price of $3.99. The first issue will ship with two variant covers including a subscription cover and a retailer incentive. 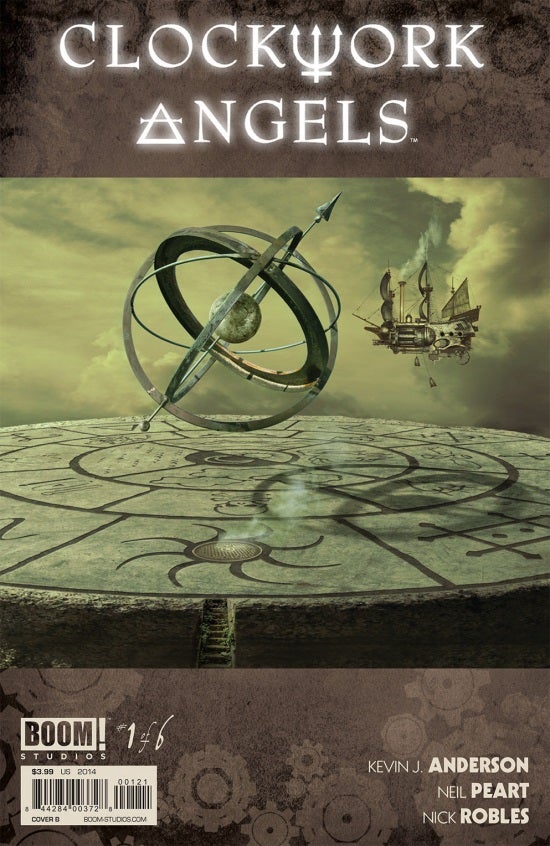 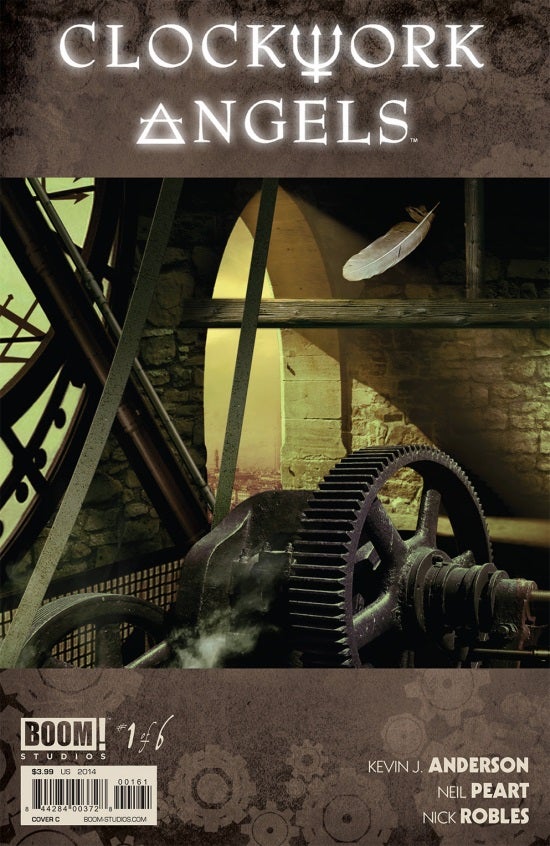