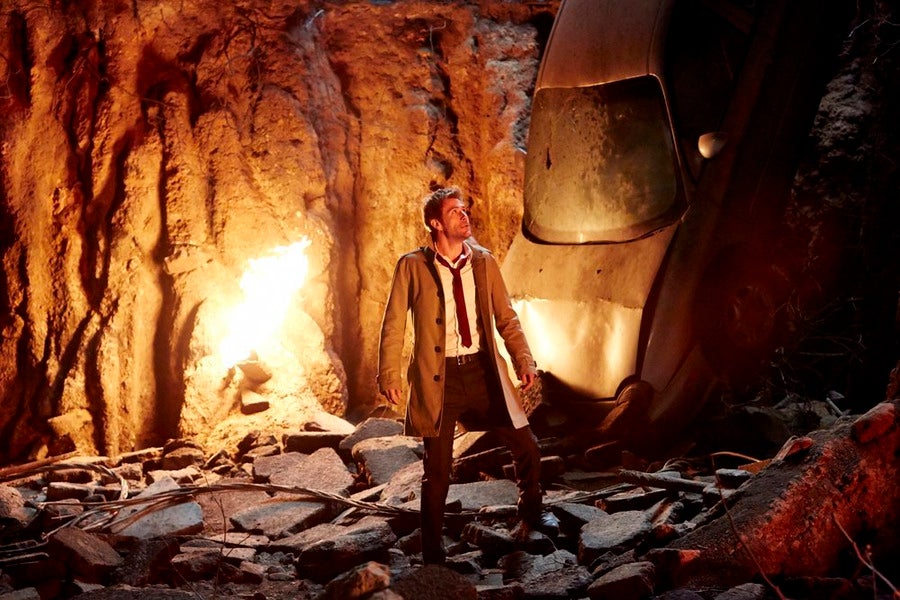 When NBC announced last weekend that it wouldn’t order an additional nine episodes for Constantine’s premiere season, fans of the supernatural sleuth went into a tizzy. While NBC assured fans that Constantine still had a shot for a second season in Fall 2015, the truncated Season One felt like a harbinger of an eventual cancellation.

In response to the series’ uncertain future, fans have started an online petition to save Constantine. The appropriately titled “Save Constantine” petition is on a mission to gather 100,000 signatures from fellow Constantine supporters, demanding that NBC officials give the show a second chance. As the petition’s site notes, Constantine has performed relatively well despite the 10:00 p.m. Friday night slot. Indeed, the show’s ratings rose by 38% with last week’s episode, and the viewer retention rate shot up an astounding 87%. So far, the petition has amassed 1,095 signatures.

Of course, the only real way to save Constantine is to keep tuning in every Friday night. While online support helps raise awareness for the show, NBC’s final decision will rest with the ratings.