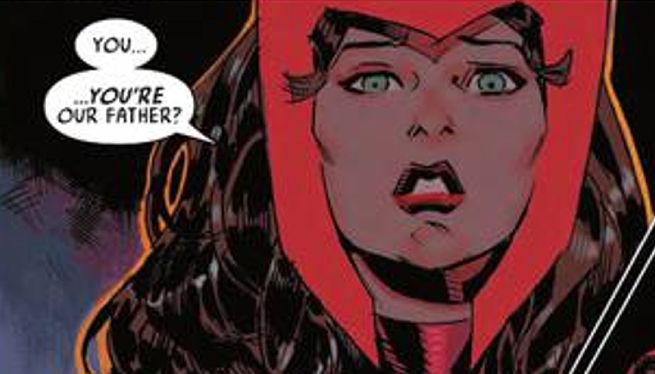 Fans have known for a while now that Scarlet Witch and Quicksilver are no longer mutants in Marvel Comics. Their new origins however, have remained a mystery, with theories on their powers ranging from Inhuman lineage to genetic tampering. But finally, those guesses can come to a close.

As revealed in the publisher's new preview of Uncanny Avengers #4, Wanda and Pietro Maximoff are indeed not the children of Magneto, but of humans Marya and Django Maximoff. So how did they get their powers? Much like their Marvel Cinematic Universe counterparts, Scarlet and Quicksilver's abilities now derive from genetic testing. As the preview shows, Marvel villain the High Evolutionary took the twins from their birth parents and conducted all sorts of genetic experiments on them. Afterward, he returned them to their parents and "disguised" them as "common mutants" (as one does).

So there you have it. Pietro, Wanda, and the rest of the Marvel Universe were only tricked into believing that they were mutants. But what do you think of this ret-con, readers? Check out the full explanation in the Uncanny Avengers #4 preview, by Rick Remender and Daniel Acuna, then sound off in the comments.