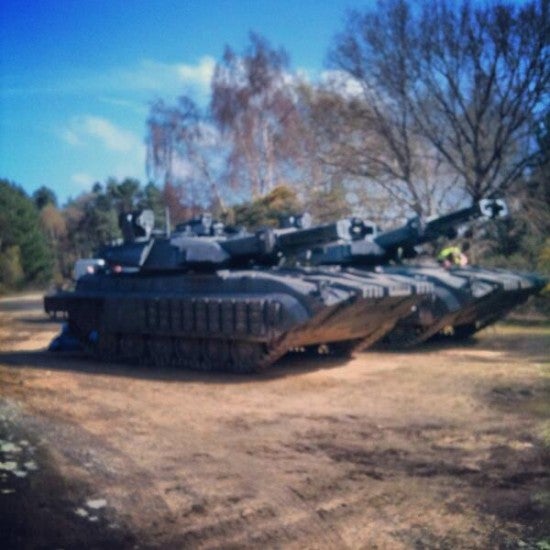 While a pair of new set photos from Hawley Wood in South England don't show any of the Avengers (who are presently filming around the world, debuting new costumes and exciting the mainstream press), one of our readers (Nathan Chaplin from our Facebook group -- thanks, Nathan!) passed us along a pair of photos he says are also Age of Ultron-related.

It looks like the Avengers, fresh off the...we'll be spoiler-sensitive and call it shakeup...at S.H.I.E.L.D. in Captain America: The Winter Soldier, are facing off with some enemies who have some heavy equipment.

To be fair, with no identifiable marks on the tanks, they could just as easily be working on the side of the Avengers, from a government helping them square off with Ultron. The darker color palette and the "driving over twisted metal" thing screams "evil" from a first impression but that could be totally discredited in the film. After all, going only on coloring and without context, The Governor's tank from The Walking Dead may not have seemed so evil.

What say you, readers? Are these tanks identifiable to anybody with more awareness of Marvel Comics vehicles and accessories than we have? 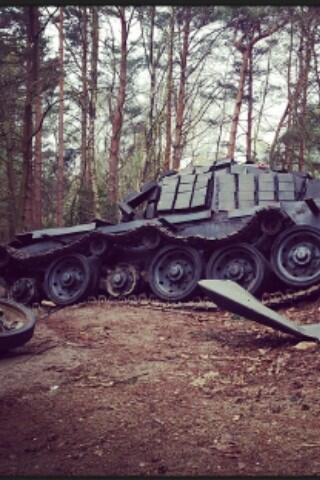 The Suicide Squad: Storytelling Is Better When Villains are the Protagonists