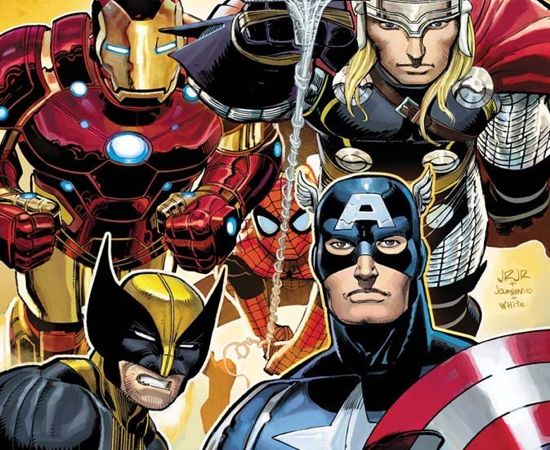 With the DC Comics relaunch proving to be a runaway success, the question now rises of should Marvel Comics follow suit. When DC Comics dominated the sales chart in September, many wondered if it was just a one month bounce from first issue collectors. But now that DC Comics has come out on top in October, the question of "to relaunch" or "not to relaunch" has got to be a topic of discussion in the Marvel Comics' offices. Sure, some could argue that the DC Comics relaunch is an overall boost to the comics industry and isn't taking sales away from Marvel Comics. While exact sales numbers aren't revealed, Marvel Comics is likely selling just as many if not more comic books than before the DC Comics relaunch. However, just because the DC Comics relaunch isn't necessarily hurting Marvel Comics sales, it doesn't mean that there won't be considerable pressure on the powers that be at Marvel to respond. When virtually every news outlet in the country is reporting that the relaunch has helped DC Comics overtake Marvel for the first time since 2002, it's got to be a little concerning for Marvel. There are bragging rights at stake, and it's doubtful that Marvel executives will be content to just accept their new place in the #2 spot. Also, with DC Comics having upped the stakes as to what creates a buzzworthy event, Marvel Comics can't just keep killing off Thor and Bucky to try to build readership. If DC Comics continues to dominate, it's entirely likely that the only way Marvel Comics will be able regain their top spot will be to relaunch their entire line. Customers aren't going to respond to just another temporary comic book death anymore, but DC Comics has proven that they will respond to a brand new universe with a bunch of new first issues. If DC Comics' new momentum continues into next year and they are still dominating the sales chart as the Avengers movie approaches, then Marvel Comics might be essentially forced into action. The Avengers movie represents a huge investment for Marvel Entertainment, and the powers that be might get nervous if everyone is still caught up in talking about Wonder Woman's pants and Superman's red underwear. Marvel Comics will want to steal the buzz both on the big screen and in the printed pages. If Marvel Comics were to take the plunge and relaunch their entire line along with the premiere of the Avengers movie, then it might prove to be the ultimate powerplay for Marvel Comics. Not only would it get the press buzzing about Marvel as the Avengers movie launches, but it would also provide a fresh starting point for Avengers movie viewers to jump onboard collecting the comic books. Of course a Marvel Comics relaunch wouldn't be without controversy. There would likely be a backlash among longtime comic book fans over yet another company re-numbering the titles they've been collecting for ages. Also, since DC Comics did it first, would Marvel Comics see the same frenzy among the press to cover the news? Despite the negatives, a Marvel Comic relaunch timed to coincide with the Avengers movie would be an incredible opportunity to bring in new readers. Ultimately, new readers are needed to keep the comic book industry thriving. Discuss in the comments below.