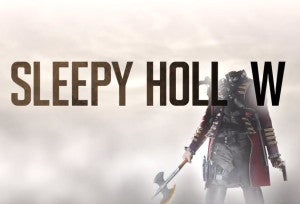 After a massive debut, a lot of people expected ABC to jump on Marvel's Agents of S.H.I.E.L.D. and make it the fall's first renewal--but networks had been pretty cautious up to this point and today, the first new series renewal of the year came in the form of word that Fox's Sleepy Hollow will get a second season.

The show hit the airwaves with fairly low expectations but the buzz has been great; those who watched it, liked it, and the week-to-week drop in the ratings was pretty negligible.

The series, which had been greenlit for a 13-episode season, was expected to get a "back nine" order, extending the first season to a broadcast-standard 22 episodes. Instead, they've ordered a second, 13-episode season for next year to go for a shorter, less-interrupted style not unlike what you see in many cable series. When the season ends, it will be replaced on the schedule by The Following, which goes into its second season having had the same kind of order as Sleepy Hollow in the first two years.

"The show has proven to be a risk well worth taking – it’s a conceptual blast unlike anything else on television and it all holds together with inventive writing and a fantastic cast," said Fox chairman Kevin Reilly.

Most of the show's writing and production staff, including Star Trek and Amazing Spider-Man alumni Alex Kurtzman Roberto Orci, will return for season two.