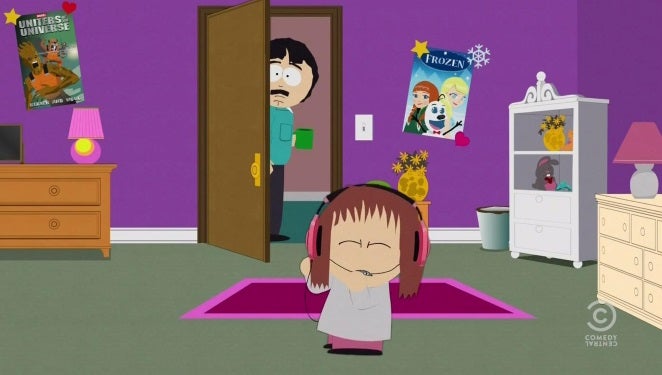 It seems that Guardians of the Galaxy is as popular in the world of Comedy Central’s South Park as it is in reality, or at least a legally distinct version of it is.

In a recent episode of the long running series, a shot of Shelly’s room revealed her walls to feature posters for Disney’s Frozen, and another for a film titled Uniters of the Universe, featuring characters named Beaver and Wood.

The poster is clearly a reference to Guardians of the Galaxy, specifically Rocket and Groot, and Guardians director James Gunn seems to have picked up on it. Gunn posted a screen capture of the poster to his Instagram page, thanking the show for the homage.

Thanks for the nod, South Park. Can't wait to see the feature length Uniters of the Universe.

Guardians of the Galaxy comes to Blu-ray and DVD on December 9.