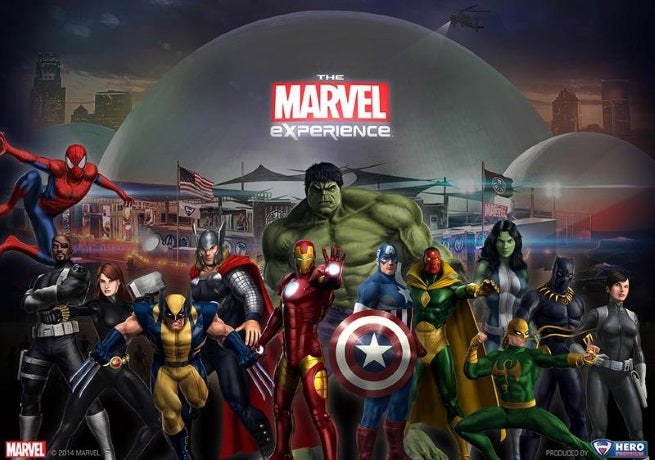 Yahoo has a first look at the lineup of Marvel Characters that will be featured as part of The Marvel Experience interactive tour.

“This is the only place you’ll see them together, and we’re proud of that," says Rick Licht, CEO of Hero Ventures, the company putting the tour together. This is something of a misnomer, since Wolverine and Spider-Man are actually members of the Avengers and seen together quite frequently in the very comic books that all of these projects use as source material, but sure.

"We didn’t want to do a disservice to where they are now," he explains. "We can’t be parallel towers when they’re ascending and we’re coming up with a story that barely matches what everyone’s come to expect from Marvel.”