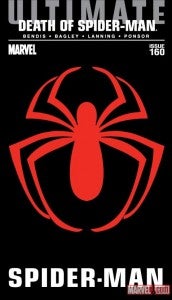 There are certain superheroes that everyone knows are never really going to die. For Marvel Comics, Spider-Man is one of those untouchables that you know no matter how grim it might look for him, he's always going to survive. However, Marvel Comics has found a way to do the unthinkable and really kill off Spider-Man. Yes, in the comic book media event of the week, Spider-Man dies in Ultimate Comics Spider-Man #160. Of course, those in the comic book world know that the Ultimate universe is a different universe than the regular Marvel universe. The Ultimate universe is Marvel characters re-interpreted for modern audiences. Spider-Man will live on in the Marvel Universe and continue to star in major motion pictures, as only the Ultimate Spider-Man is dead. Since the announcement was covered in the Associated Press, there are sure to be plenty of new fans hitting comic book stores to get the comic where Spider-Man dies. Ultimate Comics Spider-Man #160 is set to be released on Wednesday, June 22, 2011. Matt Moore of the AP even got a quote from writer Brian Bendis that revealed who does the deed of killing Spider-Man. "He will pass heroically, but he will die at the hands of the Green Goblin," said Bendis. Marvel Senior Editor Mark Paniccia said, "10 years ago, Brian Bendis and Mark Millar changed the way people saw super heroes with the birth of the Ultimate Universe. With 'Death of Spider-Man' the two have done it again, creating a story just as big, and something that would really resonate with fans. But Peter's death doesn't signal the end of their larger plan—it's the start of one of the most ambitious stories you've ever read in comics." 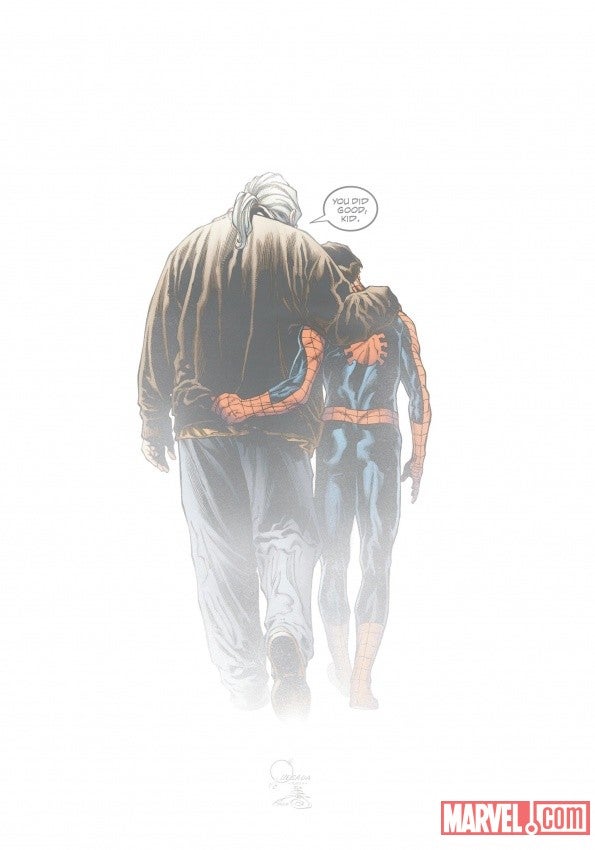 "We've never seen a world without Spider-Man, a world without Peter Parker, so his death is a significant event for the Ultimate Comics Universe and we're going to see how quickly it changes everything. Readers are in for something very new…and surprising because everything that happens in Ultimate Spider-Man #160 and Ultimate Comics Fallout sets the stage for even bigger stories," said Axel Alonso, Marvel Entertainment Editor In Chief. 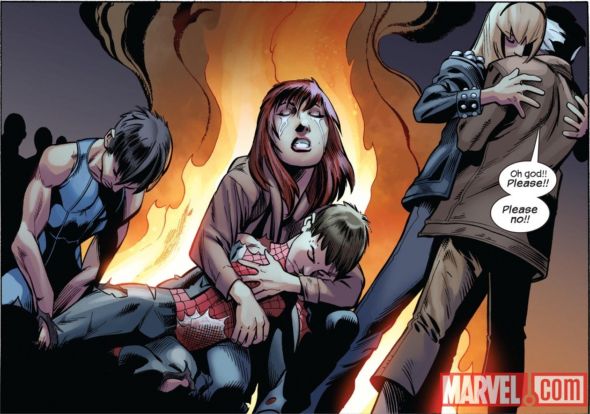 Spider-Man Is Dead At Least In One Universe