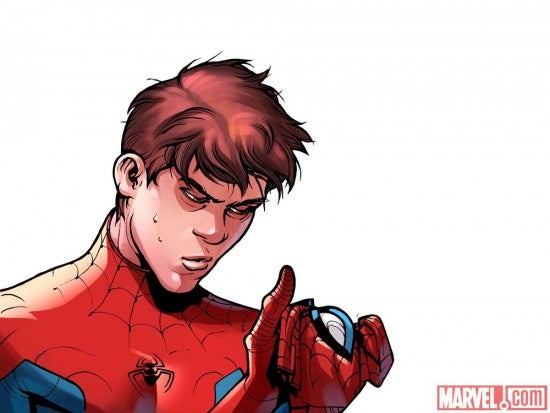 and Ultimate FF writer Joshua Hale Fialkov brings an amnesiac Peter Parker to Marvel's Infinite Comics format with the upcoming, 13-part storyline Spider-Man: Who Am I?. Tied into the relaunch of The Amazing Spider-Man this week, Who Am I? will drop five of its installments on May 6 for binge-reading, and then more throughout the summer. This weekend at the Chicago Comics and Entertainment Expo (C2E2), Fialkov talked about the project at the Next Big Thing panel and then later on Marvel's website, saying that the struggle between good and bad will be just as much an issue for Peter at first as it was for Otto Octavius, "The Superior Spider-Man," since no memories means no memory of Uncle Ben's most important maxim. 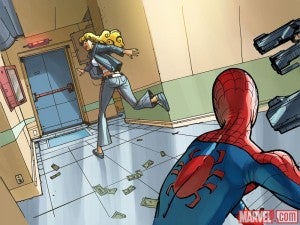 "Spider-Man opens his eyes and has no memory of who he is, where he is, or, most importantly, why he's robbing a bank," Fialkov teased. "He has to figure out who he is and why he's wearing long underpants on the outside of his clothes. All while not getting, y'know, killed by the goons he's robbing banks with. He finds out, in the process of the first installment, that he's Spider-Man. According to the Daily Bugle, of course, Spider-Man is reportedly a menace, a bad guy. At this point he has no choice but to continue along with the scheme." At the end of the day, it's a story about identity, though, and the writer has some pretty solid ideas on just who Spider-Man really is. "Spider-Man, I think, at his very core, is a guy who can't ever win," Fialkov said. "He's a guy who strives to be good—great even—but will always fall short. What makes him lovable is that it's never for lack of trying. He's always aspiring to an impossible standard that he can't live up to. That's something that, I think, reverberates with all of us."

Spider-Man: Who Am I? Writer Joshua Fialkov: "Spider-Man...is a Guy Who Can't Ever Win"