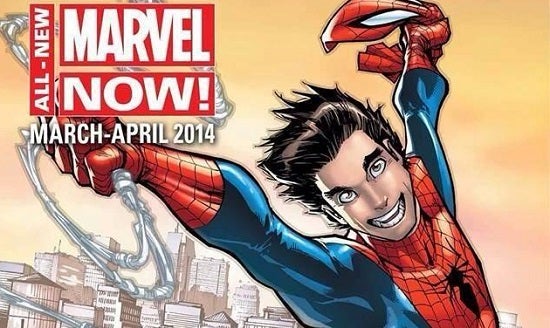 With Marvel officially confirming to the New York Daily News that Peter Parker will be returning as Spider-Man, it reminded us of who was first to reveal that Peter Parker would be back. At an appearance at the Nashville Comic Con in October of 2013, Marvel Comics legend Stan Lee was asked for his thoughts on the Superior Spider-Man storyline, which had Doctor Octopus replacing Peter Parker as Spider-Man. Stan Lee said, "I think somebody had a great imagination. But I want to be very serious now. I know that a lot of you are very concerned about that, and I want you to stop worrying. Because even though I have no inner pipeline to the Marvel staff, I am sure the day will come when Spider-Man will become Peter Parker once more." Lee also added, "I don't want you to have any sleepless nights about this. I know people worry, and I can understand your concerns, but things will come out ok. I promise you." It turns out Stan Lee was right all along and good on his promise to fans. So did Stan Lee have inside knowledge that Peter Parker would be returning? Or were his comments based on just good common sense? Well, Stan Lee did specifically claim that he didn't have an inner pipeline to Marvel staff, but we have to wonder. In an interview accompanying the Peter Parker return announcement in the New York Daily News, Spider-Man writer Dan Slott revealed who he lied to and who he hinted at the truth to. When fans asked, Slott lied, even if they were little kids. Slott said, "To do that for a solid year of my life, that's the hardest thing I've had to do — to look small children in the eye at a convention and lie to them. One of them with an honest-to-God Little League uniform and a quivering lip. Inside, part of me was dying." However, when he met Andrew Garfield on the set of Amazing Spider-Man 2, Slott confessed to caving under the pressure and dropping some secretive hints. Surely, if the most recent actor to play Spider-Man was entitled to get hints, then the man who actually co-created Spider-Man deserved to know as well.