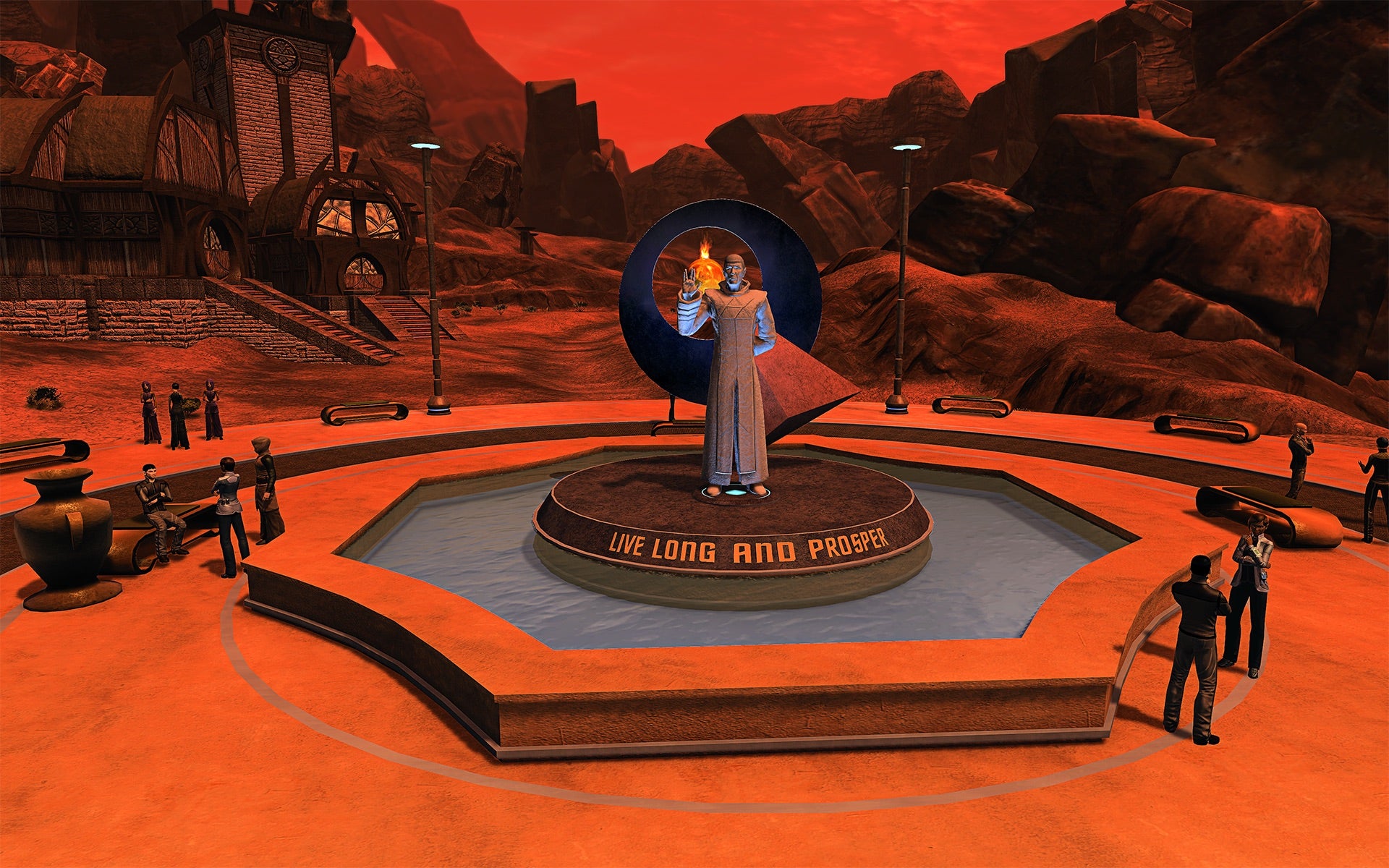 It's been less than a week since the world lost Star Trek actor Leonard Nimoy, but his presence will forever prosper in the virtual world of Stark Trek Online.

The Massive Multiplayer Online game officially released their tribute to the late actor with a statue of Mr. Spock in the virtual reality.

"Based on where our community chose to congregate and pay their respects, we will be replacing the central structure on the fountain on Vulcan with a stone statue of Spock with the inscription "Live Long and Prosper," Star Trek Online Executive Producer Stephen Ricossa wrote on arcgames.com.

According to Ricossa, the same statue will appear on New Romulus with the inscription "The needs of the many outweigh the needs of the few." The quote, as many Star Trek fans recall, was a famous one of Mr. Spock's.

As ComicBook.com reported last week, Star Trek Online has been hard at work with an in-game tribute to the late legend. When Nimoy passed on February 27th, more than 1,000 players spontaneously traveled to the in-game world of Vulcan to pay their respects. 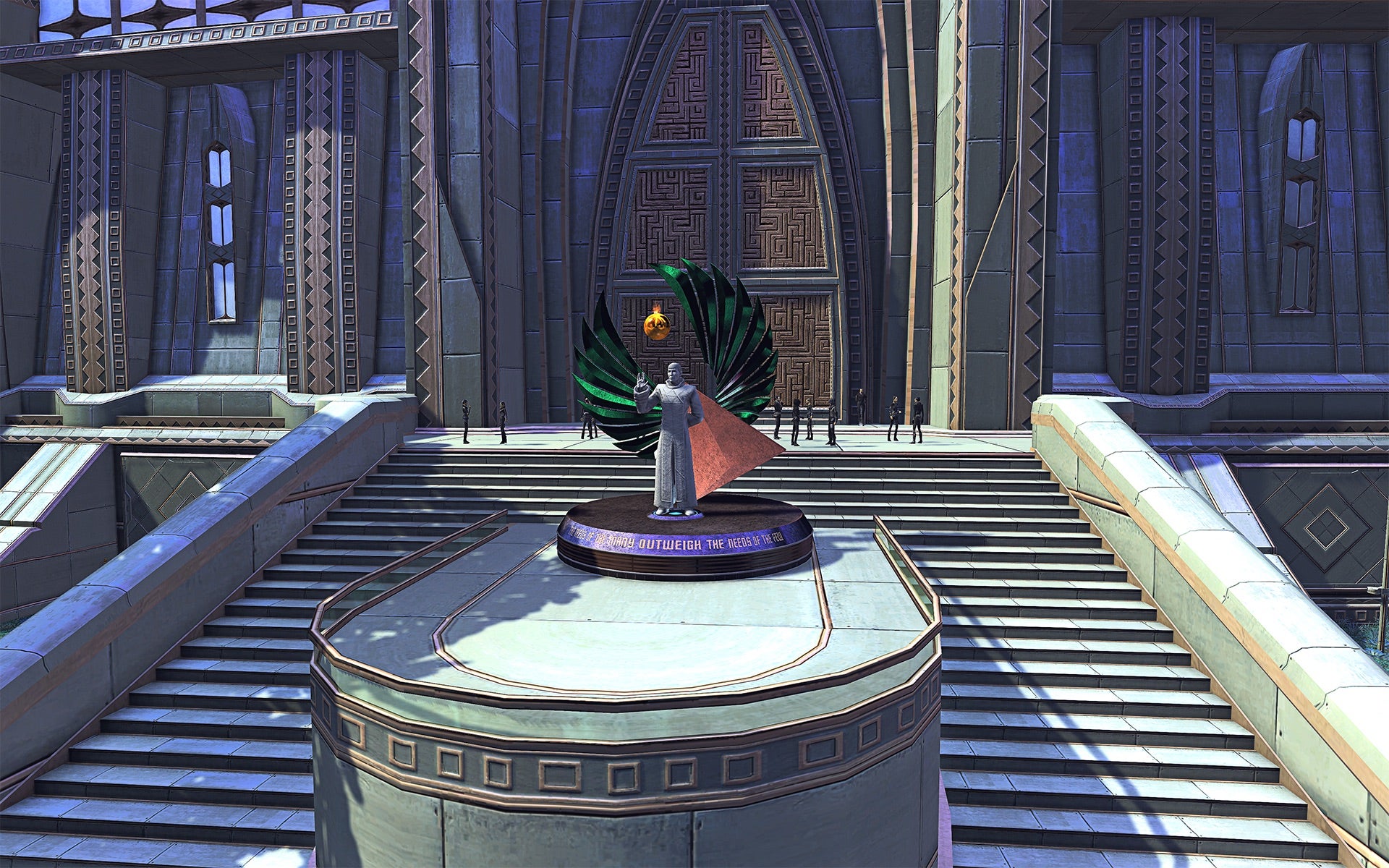