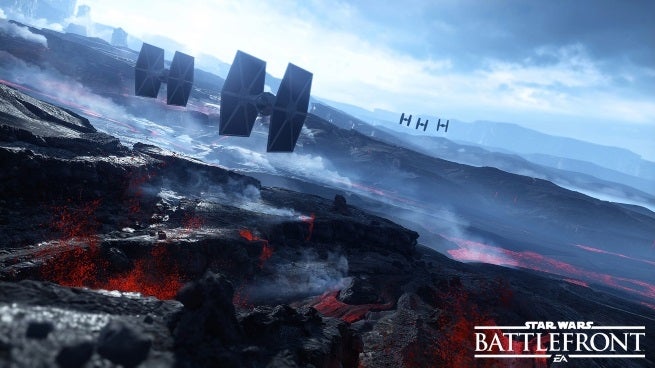 Electronic Arts and DICE have released a new, behind-the-scenes look at the creation of the planet Sollusst in Star Wars: Battlefront.

Sollust was first mentioned in Return of the Jedi, but the planet was never seen on screen. This

"We wanted to create a planet on our own, first trying out different ideas and then deciding on a lava planet," said Anton Grandert, Concept Artist at DICE, who sketched out the planets initial look.

DICE then turned to Iceland for further inspiration.

"We used the source material that we gathered from Iceland to shift and bend to the design detailed in our concepts, which was very fun and difficult process," said the Senior Level Artist.

Sollust also appeared in Princess Leia #3, from Marvel Comics, showing some of that increased connectivity between Star Wars projects since Disney formed the story group.

See some images of the planet and the DICE team at work in the gallery below. Star Wars: Battlefront released November 17.